Suspensory ligament injuries aren’t uncommon in horses, but recently there has been a significant increase in cases with proximal suspensory ligament desmitis. Vet Adam Jackson from Liphook Equine Hospital explains 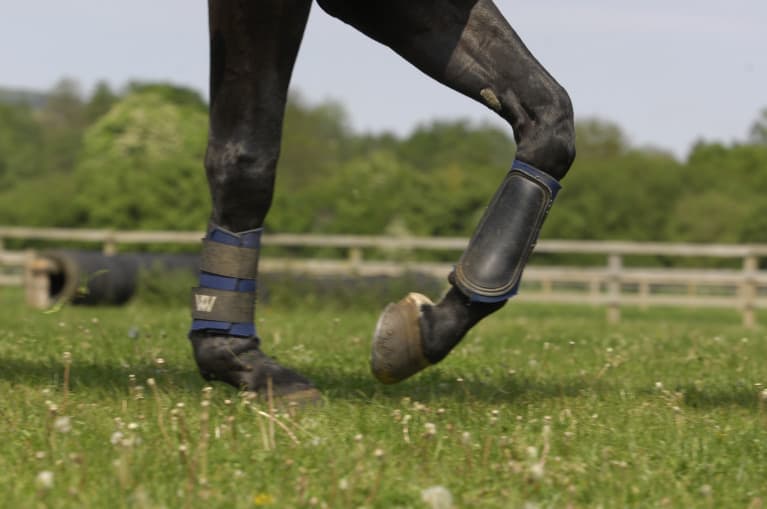 Ligament injuries can strike fear into even the most pragmatic horse owner, as most of us know of a horse whose ridden career has been affected by damage to these structures. However, recent developments in understanding and treating these injuries have made a difference to the prognosis for affected horses. While all horses are at risk of acquiring injuries to their ligaments, it is often those with more active lifestyles – particularly dressage and event horses – who are at greater risk. These types of injuries can occur in any limb and can be very serious, to the point of ending a career, and in recent years, there has been a significant increase in the number of horses with hindlimb lameness and many of these cases have been diagnosed with proximal suspensory ligament desmitis.

Ligaments are connective tissue that provide strength and rigidity to the skeleton, and they are composed of a protein substance called collagen. They are strong, yet flexible, and attach bone to bone. Ligaments stabilise bone structures such as a joints, preventing them from over-extending, over-flexing or over-rotating.

In the horse, the suspensory ligament is a component of the suspensory apparatus of the leg. Its main function is to prevent the fetlock joint from over-extending during the weight-bearing or stance phase of a stride. The suspensory ligament runs from just below the knee or hock, along the back of the cannon bone, between the splints. Approximately two-thirds of the way down the cannon bone, it splits into two branches. Each one attaches to the proximal sesamoid bones, which are small bones in the fetlock joint.