The curly coat of a Cushing’s diagnosed horse or pony is a clear enough indication of the disease. But what really goes on inside? 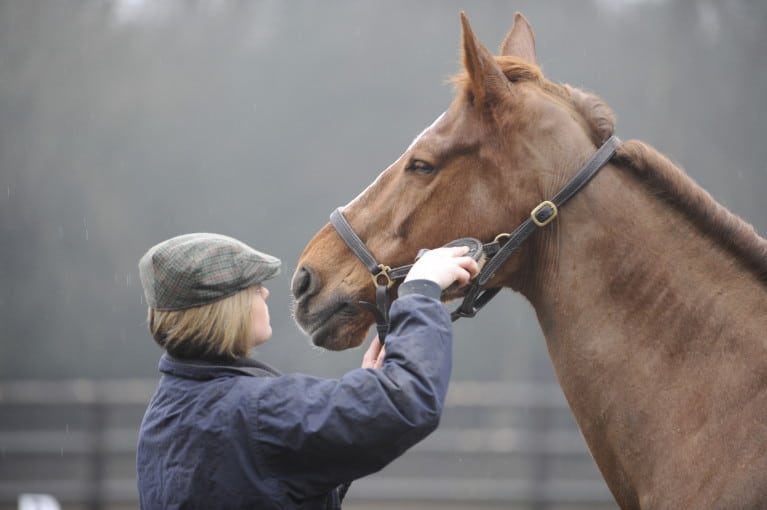 What is it?
Cushing’s Disease or Cushing’s Syndrome, is often thought to be a disease that only affects the older horse – however it has been known in horses as young as eight years old. It is caused by a tumour of the pituitary gland, which is a small gland located at the base of the brain regulating the horse’s endocrine systems (dispatches hormones around the circulatory system to be carried to target organs). As this tumour grows it puts pressure on the nearby hypothalmus (the body temperature regulator), this is believed to the primary cause of the distinctive coarse, wavy hair coat.

Symptoms
Horses who have Cushing’s Disease are easily recognised by their coarse, wavy coats that often fail to shed in the summer. Other symptoms can include excessive thirst, combined with excessive urination. A normal horse is expected to consume in the region of 5-8 gallons a day, whereas a horse suffering from Cushing’s will drink as much as 20 gallons per day. Affected horses can also appear to have a pot-bellied physique, combined with lack of muscle along the topline. In addition to this, Cushing’s affected horses are more susceptible to other illnesses as their immune system is highly compromised.

Diagnosing Cushing’s
Even though the symptoms for Cushing’s are often very obvious, over the years a number of tests have been developed to provide exact and definite diagnoses of the disease. These include the dexamethasone suppression test (DST) and ACTH (adrenocorticotropic hormone) stimulation. There is also a test which combines the DST with a thyroid stimulating hormone release test (TRT) which was developed to eliminate the overlap of values of normal horses with those with pituitary tumours which was occurring in a wide number of cases.

The good news is that Cushing’s can be treated due to its successful diagnosis. The treatment is long term but can allow the horse to return to full health in time.

Bromecriptine mesylate, a dopamine agonist, is one of the drugs used to treat Cushing’s disease, by mimicking dopamine it inhibits overproduction of activating peptides, and has been shown to mildly decrease plasma ACTH and cortisol levels. However a number of side effects have been presented with this treatment.

A more successful drug in treating the disease is cyproheptadine, a seratonin blocker. This is available in tablet form, making it easily absorbed into the horses system and a much more practical treatment.

The simplest way to monitor improvement is to watch the water intake of the horse over a 24 hour period. The drug levels are usually slowly increased until the water consumption returns to normal. Once the horse has shown increasing improvement for a month, the dosage of the drug is decreased until a maintenance dosage is reached.

NOTE:
It is important to remember that whilst all these drugs are treating the symptoms, they are not treating the pituitary tumour itself. Horses with a mild case of Cushing’s Disease may return to good health for a number of years, but sadly eventually the tumour will compromise the horse’s life and health – making euthanasia the kindest option.