Being overweight is a serious, preventable problem. Obesity isn’t just a threat to humans – it’s affecting horses, too 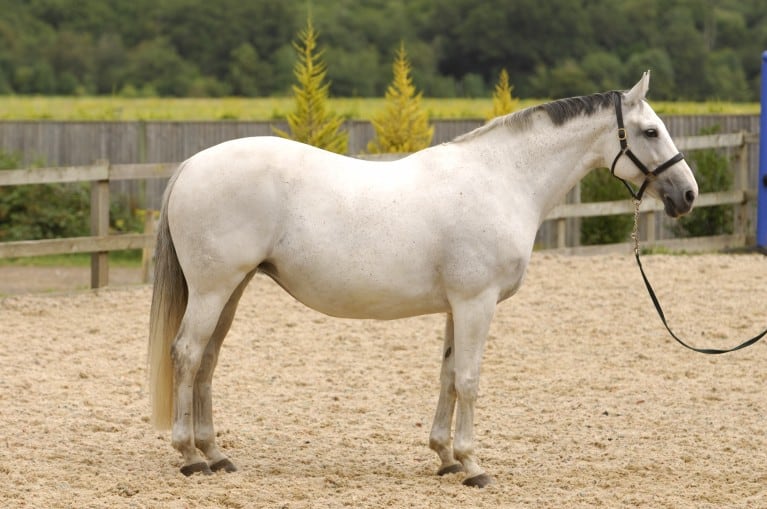 By 2015, the World Health Organisation predicts that 700 million adults will be obese, and governments around the world are trying to increase awareness of the problem and motivate people to do something about it.

What has this got to do with horses, you might ask? Well, there is increasing anecdotal evidence that our equine population is going the same way.

The Blue Cross reports that it now deals with more horses and ponies affected by obesity-related diseases than malnourishment – a sign of the times that suggests we could be killing them with kindness.

But many owners may not be aware that their horse has a weight problem, as our perceptions of acceptable weight have changed over the years. Although there is a lack of scientific data on the levels of obesity in horses, we do know that laminitis affects at least seven per cent of UK equines, which probably equates to about 84,000 individuals.

When it comes to checking how fat our horses are, we’re reliant on condition scoring, which, until you know how to do it, can be confusing for many horse owners.

There is also the issue that in contrast to the human population, where being slim is desirable, it’s perceived to be good for a horse to look ‘well’, even if that means he is overweight.

Before domestication, horses lived on extensive areas as opportunistic grazers, much as zebras still do today.

In a wild herd, a horse is either growing, pregnant and/or has a foal at foot, and the stallions work hard to mate with the mares and protect the herd – which all requires a lot of energy and calories.

The wild horse is designed to eat large amounts of grass during the summer, when forage is plentiful, and convert this to fat to survive the lean winter period.

Normally, a wild horse starts the winter fat, but by the spring will be quite thin and ready to start putting weight back on. The whole metabolism of horses is designed around this annual variation in weight.

Today, most horses don’t lose much weight in the winter, yet the metabolic mechanisms that have developed over millions of years of evolution still operate. Fat horses enter the winter preparing for starvation, yet the ‘lean’ period never arrives – winter feeding and rugging means horses often continue putting on weight at a time when their bodies are designed to think they should be losing it.

This confusion contributes to a trilogy of undesirable events, which is often called equine metabolic syndrome: obesity, insulin resistance and increased circulating cortisol, which can set off a serious bout of laminitis.

Restricting the amount of food the horse receives to promote weight loss can result in the gut being empty for longer, which can lead to problems such as gastric ulcers and colic.

The incidence of gastric ulcers in leisure horses is starting to be explored more, now that more vets are acquiring the necessary equipment. Ulcers clearly aren’t just a problem for racehorses – good-doers on limited rations appear to be just as vulnerable to the problem.

The strategy for promoting weight loss while maintaining a healthy digestive system is to use low-calorie fibre sources. This way, more can be fed without giving too many calories, and if they’re fed little and often, the time the gut is empty is kept to a minimum.

Introducing straw into the diet is one way of providing chew-time without too many calories – proprietary brands of fibre feeds use straw to provide low-calorie options. It may also be possible to source some oat straw from a local farmer that you can mix with other forages to dilute the calorie intake.

To help restricted rations last longer, try putting the forage in several small-holed haynets around the stable, so the horse has to move between them. 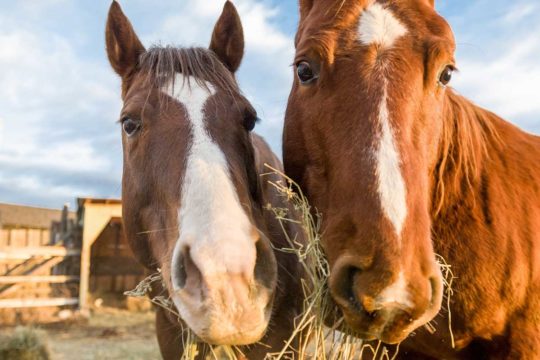 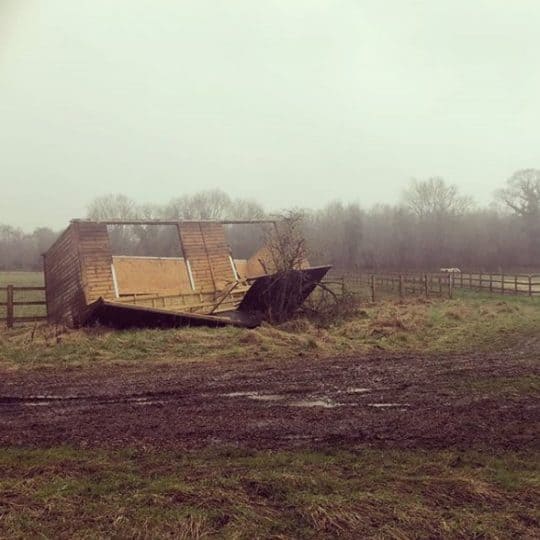