Is your horse bad-tempered, and struggling to keep condition and maintain performance? Does he have a dull, listless coat? Then he may be affected by gastric ulcers… 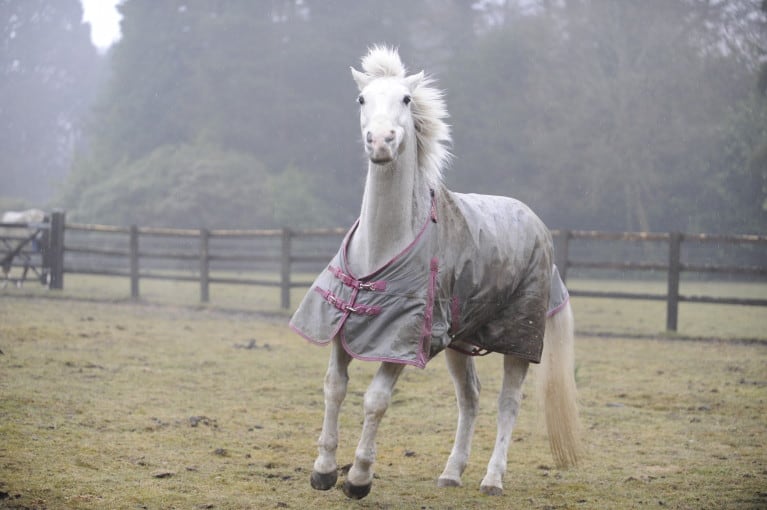 While the concept of gastric ulcers is nothing new, advances in diagnostic techniques have highlighted the problem.

Gastric ulcers are erosions in the lining (wall) of the stomach, the severity of which varies from an inflamed stomach lining, to widespread erosion and bleeding. In extreme cases, perforation of the stomach may occur, which can be fatal – although this is more common in foals and is unlikely to affect adult horses. The condition of Equine Gastric Ulcer Syndrome (EGUS) varies in severity, according to a grading system…

The stomach lining is intact and there is no appearance of reddening.

The stomach lining is intact, but there are areas of reddening.

Small single or multiple ulcers have developed in the stomach.

The stomach has large single or multiple ulcers.

The stomach contains extensive ulcers, which often merge to give areas of deep ulceration.

that mild gastric ulceration can heal if an affected horse is rested and turned out to grass – say, for a period of about four weeks?

How do they develop?

Gastric ulcers are generally caused by prolonged exposure to the acid and digestive enzymes that are produced constantly by glands in the stomach. Saliva from the horse’s mouth helps neutralise the acid, although this is sometimes not enough to aid protection. Therefore, ulcers form.

The stomach is covered in two distinct tissue types – the top in a simple squamous mucosa, the bottom in a more complex glandular mucosa.

The lining of the stomach in the bottom portion produces an alkaline mucus lining to protect itself from being eroded.

And there are two causes of ulceration…

Other major contributing factors to ulceration include…

And to a lesser extent…

What are the risk factors?

As horses are designed to eat little and often, they have evolved to produce a steady flow of acid and digestive juices into their stomachs, and produce saliva when they chew.

Therefore, prolonged periods without food to neutralise that acid, can lead to ulceration. Also, concentrates require less chewing than forage, causing less neutralising saliva to be produced, therefore increasing the acidic conditions in the stomach.

The horse’s stomach lining is divided into two areas. The lower glandular mucosa contains many cell types, which secrete the acid and enzymes, and also produce protective mucus. But because it is lower, it is normally submerged by the acidic food.

The lining of the upper squamous part of the stomach is more susceptible to ulceration. Normally, it is not in contact with the acidic fluid, so when a horse on a high-cereal, low-forage diet is exercised, this splashes the contents on to the upper lining, increasing the chance of ulceration. So horses in high levels of work are more likely to develop ulcers.

Both will reduce the blood flow to the stomach, weakening its defence against the acid. Transportation, relocation or any minor change in the horse’s management can also increase the risk of gastric ulceration.

Non-steroidal anti-inflammatories (NSAIDs), such as ‘bute or flunixin, can decrease production of prostaglandins, a hormone which helps protect the stomach against ulcers.

What are the signs?

Although sometimes adult horses may show no symptoms at all, look for the subtle signs of weight loss, poor performance, behavioural changes (such as cold-backed, bucking, showing reluctance to girthing, lethargy), loss of appetite, poor condition including a dull, listless coat, low-grade pain, recurrent colic and wind-sucking.

In foals, however, the signs are more prolific – such as excess salivation, teeth grinding, colic, diarrhoea and lying down.

How is it diagnosed?

The only definitive diagnosis is by examination of the lining of the stomach, using a gastroscope. It’s a relatively simple, painless procedure – usually carried out under local sedation – in which a thin, optical cable is passed into the horse’s stomach.

How is EGUS treated?

The only licensed and, therefore, legal equine product in the UK is Omeprazole. It works by inhibiting the production of acid from the lining of the stomach, attaching itself to the acid-producing cells. It is given for at least two to four weeks, which is how long it usually takes ulcers to heal with treatment.

Paying special attention to your horse’s diet and exercise regime are also of paramount importance. Therefore, feed low-concentrate, high-fibre diets and reduce the intensity of your horse’s training. Not only that but, where possible, reduce stress by minimising travelling or box confinement by turning him out more.