Headshaking in horses can be so violent that it prevents them from being ridden and can cause great distress. Vet Sue Dyson from the Animal Health Trust explains more about this strange condition 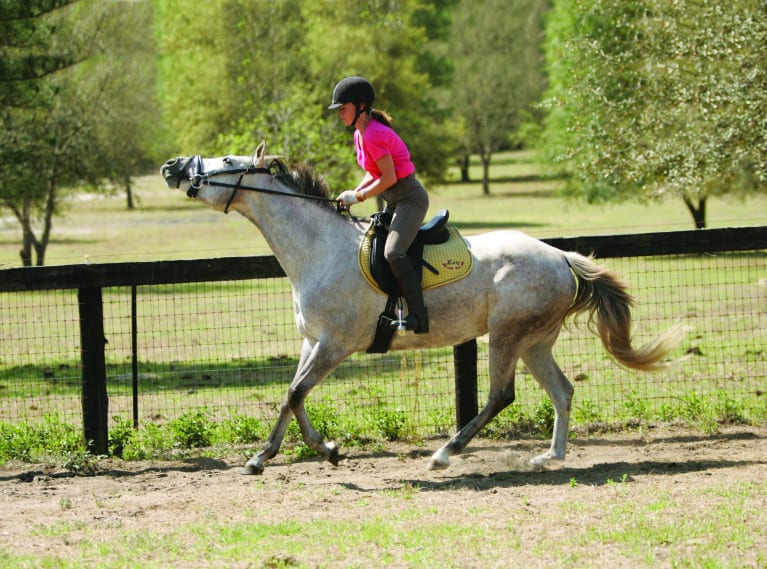 Anything that causes your face to itch or tingle is more than a little annoying, so it’s no wonder that facial irritation can cause horses to fling their heads around, sometimes quite violently, leading to a condition known as headshaking.

This is an unusual problem, thought to be caused by nerve pain, that has a wide spectrum of severity. Some affected horses only headshake when they’re being exercised, and may toss their heads up and down in a very violent fashion or may just do a flick-like movement with their nose. Other more severely affected horses will headshake at rest, too, either in the field or occasionally in the stable.

With any severity, affected horses appear to have irritation around their noses. Some horses can become distressed by the condition, whereas others, such as those with a minor flick-like movement, don’t seem unduly worried by the behaviour.

Identifying a headshaker
Determining whether a horse is a true headshaker can be challenging. Horses can shake their heads in a variety of different ways for different reasons, so it’s often a question of differentiating between true headshaking, and other odd head postures and movements.

They may circle their heads or carry their head on one side, which is different to the signs of headshaking. For example, I treated a horse who had a dislocated lens in one eye. He had an odd head carriage and kept moving his head from side to side, which wasn’t characteristic of true headshaking. Surgical removal of the lens resolved the problem.
With headshaking often being worse in summer, some owners confuse classical signs of headshaking for irritation associated with the season. There are likely to be more flies around in summer, and horses often flick their head as if they’re trying to get something off their face. However, flies don’t tend to bother horses continuously while they’re being worked, whereas headshakers are reasonably continuous in their behaviour.

If a headshaker is brought to a stop during exercise, he may immediately put his nose down to rub on one of his forelimbs. Sometimes he will strike out with one of his forelimbs during work, as if to try to hit his nose. A true headshaker may start working quite well, but may get worse as he gets hotter. We don’t fully understand why heat appears to make things worse, but it does.

To find out more about headshaking, including diagnosis and treatment options, get your copy of September Horse&Rider, on sale 28 July.