Give it a shot

An alcohol injection could help horses with severe osteoarthritis, as Chris Pearce from The Barn Equine Surgery explains 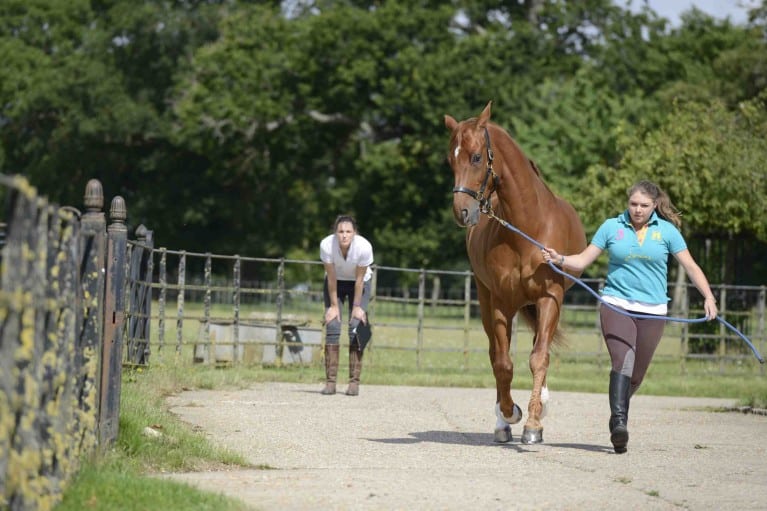 When faced with a little mare, Willow, who despite our best efforts to treat her using conventional methods was still very lame due to osteoarthritis in her hocks, I had to consider what options were left for her. As a last resort, I decided to try a new technique described by surgeon Ryan Shoemaker in the ‘American Journal of Veterinary Research’ in 2005, which involves injecting alcohol (ethanol) into the arthritic hock joint. The procedure is a type of chemical arthrodesis (fusion of
the joint) and once the joint is fused, pain is considerably reduced.

During Shoemaker’s study of this technique, they found 15 out of 16 joints treated in this way had fused completely by 12 months. And in a more recent study reported by the Royal Veterinary College in 2011, the results were again promising, with 70% getting better after nine months. It had to be worth a shot and at the end of the day, we had nothing to lose by trying it.

A pain in the leg?

Osteoarthritis of the distal tarsal joints in the lower part of the hock (known as bone spavin, pictured above) is one of the most common causes of hindleg lameness. Pain is caused when the cartilage between the lower joints becomes damaged and eroded.

Unlike the joints higher in the hock, the lower joints don’t move much and don’t actually need to be able to move at all. So treatment often involves encouraging the joints to fuse together, with current options including intravenous (into the vein) and intra-articular (into the joint) medications, and occasionally surgical drilling.

The horse is sedated, then the area around the site of injection is clipped and surgically scrubbed. There are two joints in the lower part of the hock, the tarso-metatarsal joint and the distal intertarsal joint. A needle is inserted into the lower joint first and a radio contrast material is injected into it.
An X-ray is taken and the contrast material confirms that with the needle in its current position, the injected fluid will be distributed throughout the affected joint, but not into the upper joints of the hock. Then the contrast medium is drawn out of the joint and the ethanol is injected. The procedure is then repeated in the second joint.

The improvement in Willow was astounding – she is still sound and I couldn’t be more pleased. I’d certainly use it again, but only as a last resort where other treatments have failed or the horse is severely lame.

While it has proved to be effective, the procedure is not without risk, because if the ethanol gets into the upper hock joint, the horse will become permanently lame. Plus, some reports have suggested occasional adverse reactions.