How to spot lameness

Would you know if your horse was lame? It’s not always as obvious as noticing a limp, as vet Annamaria Nagy from the Animal Health Trust explains how to spot lameness 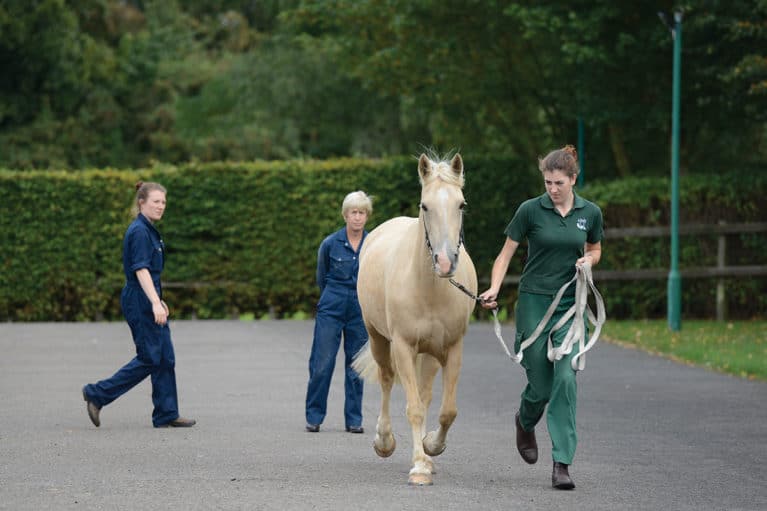 In a recent study, nearly half of general riding horses in full work who were thought to be sound by their owner were actually lame when they were examined by a vet – a surprising figure. And while many horses cope well with unrecognised, low-grade lameness, their quality of life would be greatly improved if they could be helped sooner, so knowing how to spot the signs in your own horse is really important

Lameness essentially means an abnormal gait, and it’s the most common reason for poor performance and for the end of a horse’s ridden career. In the majority of horses it’s caused by pain, but in rare cases lameness can be a result of mechanical restriction – for example, a band of hard, abnormal tissue in the muscle or a contracted (shortened) tendon – which can make the horse lame without him actually feeling pain.

The severity of lameness can range from hardly noticeable to severe, where some horses may not be able to put any weight on their sore leg. The seriousness of the injury often correlates with the severity of the lameness, but this isn’t always the case.

For example, horses with a hoof abscess can be very lame and some can hardly walk but, once the abscess bursts, the lameness usually improves quickly and horses may even be sound the following day. On the other hand, horses with a severe lesion in their superficial digital flexor tendon are often not lame at all, or only mildly initially, but if the injury isn’t diagnosed and treated promptly, it can get worse and the tendon may even tear completely.

Lameness can be easy to spot – for example, a moderate to severe limp – but low-grade lameness can be very easy to miss, especially if your horse is lame in more than one leg. However, there are subtle signs to look out for that could mean your horse is suffering some discomfort. You may notice that…

To check whether your horse is lame, ask a friend to trot him up for you so you can see how he’s moving. Your handler needs to trot him up in-hand on a hard, level surface, straight away from and towards you, and with some slack in the rope so you can see your horse’s head movement. You may also find it useful to watch him trot on the lunge on both reins and see someone else ride him, as this can sometimes make signs of lameness more obvious.

In general, a forelimb lameness is easier to see than a hindlimb one. If your hose is lame on a forelimb, you may notice him nodding his head. This can be very subtle or quite obvious, depending on the severity of the lameness, and his head and neck will rise when his lame leg hits the ground. If he has a hindlimb lameness, his pelvis will move asymmetrically and he may drag one of both of his hind feet. When watching your horse, look and listen for an irregular rhythm, too.

Discover more ways you can spot lameness, as well the tools your vet will use to diagnose it and ways you can prevent it, by reading the June issue of Horse&Rider. On sale 4 May.