My Account
HomeExpert AdviceArticleHow to put a stop to strangles

How to put a stop to strangles

Strangles is the disease every horse owner dreads. Vet Roly Owers from World Horse Welfare explains what it is and how you can prevent it spreading 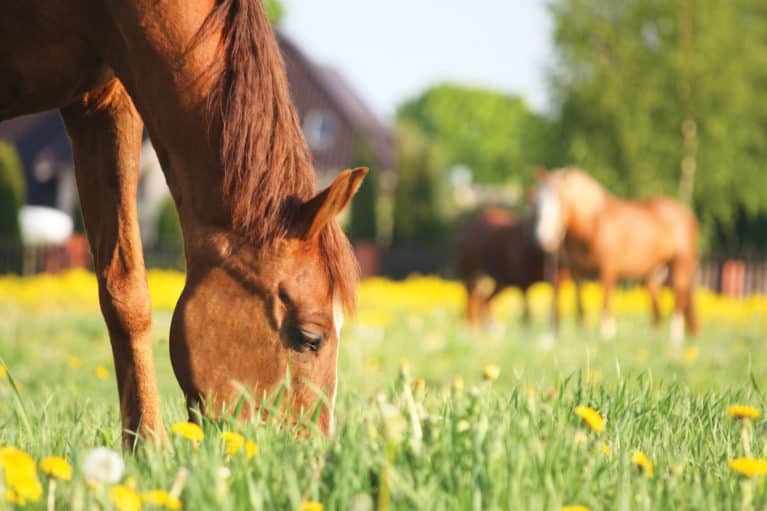 The word strangles strikes fear into the heart of many horse owners, not only for its unpleasant symptoms and often long recovery process, but also for the wide-reaching implications caused by its highly contagious nature. However, despite the worry this disease creates and the stigma it carries, almost all horses recover completely, with a mortality rate of less than 2%.

Good hygiene, management practices and awareness are essential tools in safeguarding your horse against the most commonly diagnosed equine infection in the world, as is getting rid of the stigma attached to it, which can hinder quick and effective control of strangles.

Highly contagious and difficult to manage, strangles is a non-airborne bacterial infection of the respiratory system caused by the bacterium Streptococcus equi (S equi). Scientists at the Animal Health Trust discovered that S equi has similar characteristics to the bacterium that causes human plague – in fact, strangles has many similarities to the plague. Thankfully, though, equine strangles poses no risk to human health.

Any age, breed or type of horse is susceptible to contracting strangles. However, young or old horses are often more likely to become infected with the disease due to their immune system being weaker and less able to fight off infection.

Older horses often exhibit a milder form of strangles with some nasal discharge and small abscesses, and their recovery process is sometimes faster than younger horses, who are more likely to develop severe abscesses. Horses with a history of other disease problems will also be particularly susceptible, again due to decreased immune strength.

Strangles can be spread through direct contact with affected horses, or indirectly on items such as buckets or clothing. Although the bacterium doesn’t usually survive for long in the environment, especially on surfaces exposed to direct sunlight, it can survive for up to a month in drinking water.

What makes strangles such a challenging disease to manage and eradicate is that around 10% of infected horses become carriers, where even though they appear healthy and show no outward signs, they can be intermittently infective to other horses.

Carriers will have pus in their guttural pouches that has not been completely eliminated, and the bacteria in this pus can survive for months or even years, shedding out of the horse’s nose intermittently and causing other animals to become infected – the longest recorded time it has taken to eradicate the infection in a carrier is three-and-a-half years.

In the initial stages of infection, your horse may not show any outward signs – clinical signs usually occur after 3–14 days, with abscesses forming up to two weeks after your horse has become infected. Horses who have been infected with the disease but are not yet showing any clinical signs are described as subclinical cases. The clinical signs include…

Horses usually begin shedding the virus within two or three days of the onset of fever and, once they begin shedding, they are highly infectious. You should call your vet as soon as clinical signs appear, isolate every horse on the yard immediately, and restrict movement of horses on and off the yard.

While the signs of strangles are usually very evident, your vet will confirm the diagnosis by taking a swab from your horse’s nasal passages or guttural pouches to test for the bacteria. The use of blood testing for diagnosing acute strangles is limited because it will not show a positive result until two weeks after infection. However, it is a useful test for screening new arrivals and detecting carriers after an outbreak.

How he becomes infected

The bacterium enters your horse’s lymph glands via his respiratory system. The lymph nodes then swell and develop abscesses, which rupture (pictured left), shedding bacteria into the environment.

The bacterium may also be harboured in your horse’s guttural pouches, which are air chambers in his neck, just behind the skull and below the ears. The guttural pouches exist to cool the air going to his brain during heavy exercise and bacteria can enter them either via a natural opening from the throat, or because a swollen lymph node ruptures into the floor of the pouches, causing them to fill with pus.

The prognosis for most horses is very positive, with 98% recovering fully. The main problem is ensuring the infection is completely eradicated, which can take a long time and means your horse must be kept in isolation until he no longer carries any bacteria.

Complications can occur and, in rare cases, the infection spreads to other organs of the body, with abscesses developing and rupturing. This is called bastard strangles and with it the mortality rate rises to around 60%, because of the widespread infection and difficulties in treatment.

Another potential complication is purpura haemorragica, which is believed to be an immune-mediated complication of the lining of blood vessels, causing swelling (oedema) of the head, abdomen and limbs. It has a reported mortality rate of between 8 and 25%.

Treatment of strangles is very much on a case by case basis, with no one size fits all approach, however, supportive care is usually required, alongside impeccable hygiene and stable management. Once the lymph nodes swell and abscesses develop, your vet may recommend applying warm packs to help the abscesses mature.

The use of antibiotics in cases of strangles remains a topic of significant debate within the veterinary community, although their use with anti-inflammatories should probably only be considered in severe cases, where the horse has significant breathing difficulties.

No animals should be allowed to arrive at or leave the yard until the cause of the disease has been identified and the outbreak has been brought under control.

In the event of an outbreak

As soon as strangles is suspected, your horse should immediately be put into isolation, so he has no contact with unaffected horses. While in isolation, ideally he should be able to see other horses but not come into direct contact with them. He must have a separate air space, which means keeping him out of the range of droplets that may pass through the air when a horse snorts or coughs. Strict isolation procedures are imperative to contain the disease and you should notify your yard owner or manager, as well as all other owners and carers, straightaway.

Horses who aren’t showing outward signs of strangles may still be infected if they’ve been in contact with an infected horse and should be isolated until your vet has proven that they are disease free. During this time, their temperature should be monitored at least once a day.

When caring for infected horses, you should…

It’s essential that you maintain isolation procedures until your vet gives you the all clear, because carrier horses who have recovered from the infection will show no outward clinical signs, but can still be highly infectious. Once you have the green light, you need to thoroughly clean and disinfect all equipment and any areas the horses have been in – paying close attention to the stable floor and walls, and any fencing the horse may have been in contact with. Your vet will be able to provide advice on the best disinfectant to use.

Getting the all clear

Declaring a yard clear of strangles can often be a long and drawn-out process that requires repeated testing to ensure the bacteria has fully left the horses’ systems. Different methods of testing include…

The test was developed by the Animal Health Trust and identifies the presence of antibodies to S equi in the bloodstream. As well as identifying carriers, the test can identify horses who…

Animals testing positive should be investigated by nasopharyngeal swabbing or guttural pouch endoscopy to establish if they have S equi.

Infected horses should only be released from isolation after three consecutive negative nasopharyngeal swabs in a two-week period or one negative guttural pouch flush.

Will he develop immunity?

Around 75% of horses who have recovered from strangles develop a strong and long-term immunity to the disease, so the possibility of them becoming reinfected is quite slim. However, a small percentage of horses are susceptible to a second attack within several months of the first one, as their immunity has not yet fully developed.

When a new horse arrives at your yard, try to find out as much background information about him as you can, then check him over to ensure he appears healthy – for example, look at his body condition, skin condition, droppings and behaviour.

Remember that horses can carry disease without showing any signs, particularly in the early stages. For this reason, all new arrivals should be treated the same as sick horses and isolated for 21 days. This will reduce the risk to other horses should the new horse be carrying strangles and you should follow isolation procedures for this time until you and your vet are satisfied that the horse is disease-free.

Blood testing all new arrivals is a good way to keep your yard strangles-free, but it involves additional costs. Ideally, your vet will blood test the horse before he moves and he should only be moved if the test results are negative. However, because it can take two weeks from infection for strangles to show up on a blood test, there is a chance he could have just picked up the infection, so it’s wise to isolate him on the new yard for two weeks, then take another blood sample to confirm he is in the clear.

Is there a vaccination?

A vaccination for strangles is available, which is administered via an injection into the upper lip. It can be used from four months of age, and initially requires two vaccines one month apart, followed by boosters every 3–6 months. The vaccine can help prevent strangles, however, it should never be used as a substitute for good stable management, disease awareness and rigorous biosecurity. Your vet will be able to advise you as to whether the vaccine is appropriate for your situation.

Preventing strangles is time consuming and often inconvenient, but these pale into insignificance compared to the costs of having to manage and resolve an outbreak. Together we can reduce the incidence of this dreadful disease, but only if there is a seismic shift in the attitude of all horse owners, and the totally counter-productive negative stigma attached to it changes once and for all.