Taking it on board

Posted in Riding Schooling and Training

There’s an awful lot you can tell about a horse when you meet him for the first time – through his body language. However, if we speak English with our bodies, horses speak Spanish, which is why there can be so many miscommunications between us.

When you are new to a horse, he’s assessing you just as much as you’re assessing him! So whenever you find yourself in a new situation with him, respond to his assessment in a logical and reassuring way, and you’ll have a good chance of setting up a strong relationship.

A well-treated and trained horse stands quietly when tied up or being tacked up. However, if he will not move when you ask, he has gone numb. Horses numb out because they have been given too many confusing signals from us and have worked out that if they stay still, the person will eventually give up being such a pest.

If you approach a horse and he seems numb, do something that will pique his interest in you. Food is the obvious tactic, but not just feeding him – try to tempt him to move his head to reach for the food.

Alternatively, you can make a kissing noise to attract his attention. Once you have his attention, do something with it. Pick up a foot or move him over, so he understands that it’s worth listening to you.

A horse will not naturally stand perfectly parallel and still at a mounting block, because as you move towards the horse, your body language is saying, ‘Move away’. This happens particularly when lifting your foot – you are coming into the horse’s space in an area where he can’t see you very well. He may, therefore, swing his quarters so that his left eye can see you. He is not being awkward, you told him to do it. So horses need to be taught to stand properly at the mounting block.

If you approach a horse and he shies away from you, stop. Don’t follow him, trying to tell him to stop being so silly! Stay still until he has stopped moving. Then turn away slightly to indicate that you do not mean him any harm. When he relaxes or moves slightly towards you, offer your hand, palm down. Do not look him straight in the eye – this is really scary for a horse. Take your time with a horse who is nervous. Scratch his withers until you hear him breathe out or see him drop his head, then slowly proceed.

If any horse tries to barge past you, this is often caused by fear, but because of their more dominant character, they’ll try to push you out the way. With a horse like this, be calm but firm. Give a quick tug or shake of the lead rope and send him back to where he was previously standing.

Bargy behaviour invariably indicates that the horse has not learnt about boundaries. You need to decide what yours are and reinforce them consistently, so that over time the horse respects them without being scared of you.

l If your horse moves at the mounting block – and especially if you’re inexperienced – ask someone to hold his head. They will be able to control the movement as you get on.

When assessing a new horse, if you read the signs right, you can also avoid conflict or misunderstanding. 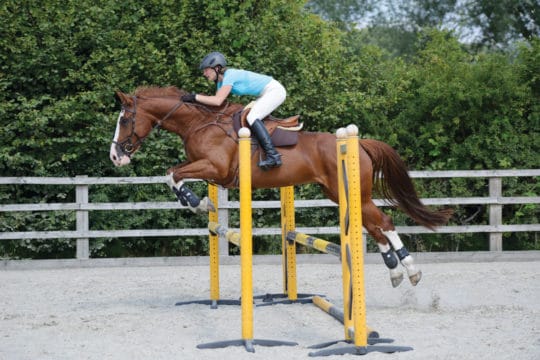 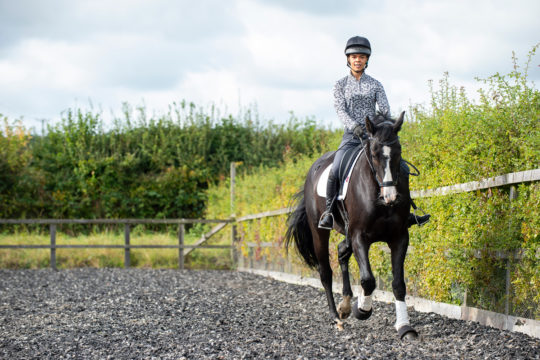 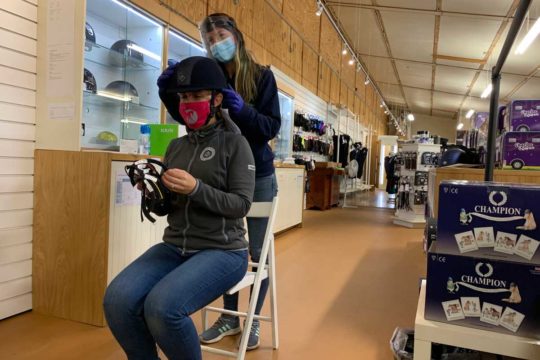