My Account
HomeExpert AdviceArticleThere is swelling to my horses legs which goes down with exercise, why is this?

There is swelling to my horses legs which goes down with exercise, why is this?

Q: My new mare has had intermittent swelling in one of her front legs – extending from the fetlock to the knee over the tendon region… 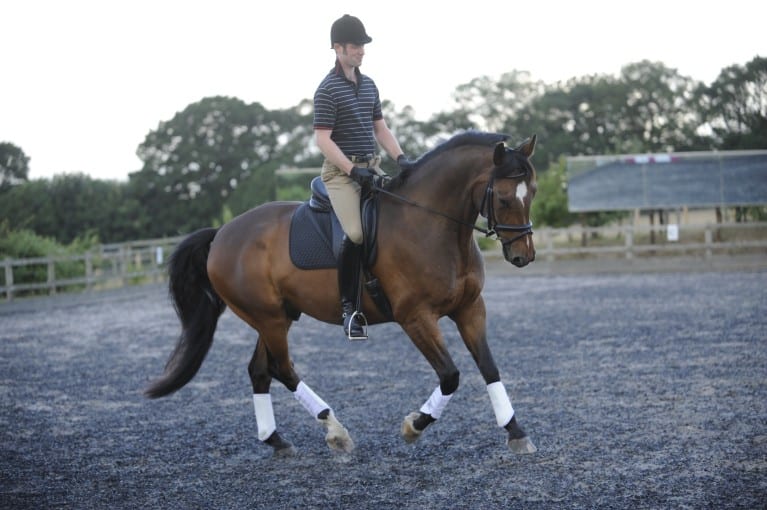 …It first occurred about three days after she had been turned out and after she’d been galloping around – her leg came up when she was stabled, but went down with exercise. And this has been forming a pattern. She has never been lame on the leg and doesn’t seem to be in any pain, so any ideas what it might be?

Usually swelling of a limb is associated with some sort of inflammation indicating that there may be some underlying damage.

The swelling you describe might have indicated some damage to the tendons or suspensory ligament. Usually, swelling associated with such an injury will occur within 24 hours. It does not necessarily occur straightaway, but is normally apparent after a period of rest (usually overnight), but there are always exceptions. However, it is unusual for such swelling to take three days to appear.

We often never find out why the filling has occurred before it has gone away again. Even if an ultrasound scan ss performed, some areas of damage can be so small that they are impossible to detect. It is possible that your horse’s limb swelling was unrelated to the galloping episode.

In any instance, where there may have been a traumatic episode, it is worth being cautious. The fact that there was no pain or lameness and that the swelling improved with exercise are good signs that there is no serious damage underneath. Restricted exercise such as being hand walked, exercised on a horse walker, gently lunged, gently ridden or turned into a pen will all help to increase the circulation and reduce swelling without significant risk of further injury.

If there is no further evidence of a problem after a week or so you can resume normal exercise. However, you must continue to monitor the area for signs of heat, pain and swelling. If there is any recurrence, I recommend that you do ask your vet to ultrasound scan the limb.

Deirdre Carson BVSc (Syd), MRCVS, is a vet at Rossdale & Partners and President of the British Equine Veterinary Association (BEVA)