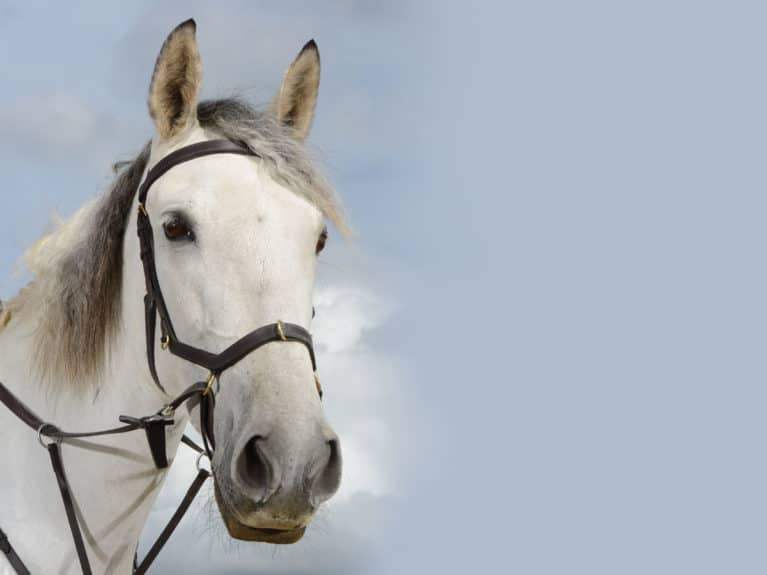 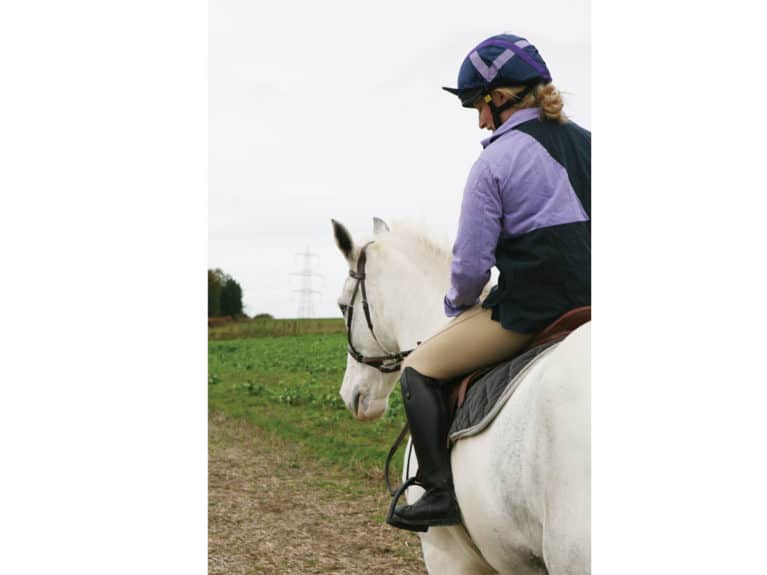 Though increasingly popular, riding in a bitless bridle is still a relatively unconventional approach. However, there are a number of different bitless bridles available on the market that work by applying pressure to areas of your horse’s head instead of his mouth, and many people find that bitless bridles suit their horses better.

Whether you’ve ridden your horse bitless for a while or are considering making the move, it’s worth knowing what types of bridle are available – and how they work – in order to find the best one for you and your horse.

Sidepull bitless bridles are widely regarded as the kindest option because they can be very forgiving of busy hands. They fit like a headcollar, with reins attached to rings on the noseband on either side of the face, and apply about the same amount of pressure to your horse’s head as one, too. They come in many different designs, from soft, padded leather to a rope halter-style, and some have different noseband thicknesses, which alters the concentration of the pressure on your horse’s nose – thinner nosebands make the pressure more intense.

Your horse is given cues to turn or halt by pressure placed on his nose from your rein aids and these cues are interpreted in the same way as those from a bitted bridle. The noseband should sit about four fingers’ width above the corner of his mouth, ensuring it doesn’t put pressure on the soft, sensitive cartilage of your horse’s nose. The higher the noseband sits, the milder the action, and some riders find their horses can evade the sidepull due to its gentle pressure.

The term hackamore generally refers to a bridle with no bit and comes from the Spanish word jacquima, meaning bridle.

Cross-under bitless bridles feature two straps that cross behind your horse’s jaw and they distribute the pressure around his head so it’s not concentrated in one area. This means that when you apply pressure on the reins, the bridle acts on your horse’s jaw, the sides of his head, his poll and his nose, and its action is sometimes described as a head hug.

A correctly-fitting cross-under noseband should lie about two fingers’ width from the corner of your horse’s mouth, while ensuring it doesn’t interfere with the sensitive cartilage of his nose and that it isn’t so high that the pressure from the reins is weakened. The noseband should fit snugly, and it’s recommended that you allow a finger’s width between the chin strap and the bottom edge of his jaw bone.

Popular among western riders, bosal bridles have a tubular band of braided leather that encircles your horse’s nose and is usually suspended from a halter-type fitting. The reins, which are made from a specially tied rope called a mecate, are attached to the base of the noseband at the same point and looped around your horse’s neck.

The noseband should fit loosely and not touch your horse’s chin or chin groove when the reins are loose. It must sit symmetrically and some models are balanced by a strap, called a fiador, that sits between the cheekbones. It’s very mobile and allows the riders to give precise directional instruction from the rein, but only if they’ve had sufficient training.

If you find your horse is getting a little carried away, try lowering the noseband slightly, but make sure it doesn’t put pressure on the sensitive areas of his nose.

Mechanical hackamores are a popular choice, particularly among showjumpers. Their appearance is distinctive – a curved metal attachment or shank on each side joins the reins and cheekpieces, and a curb strap sits under the chin. They work by applying pressure to the bridge of your horse’s nose and poll, and the shanks act like a curb bit, creating leverage to exert pressure. The length of the shank correlates to the force produced, so it’s worth thinking about what you really need from a mechanical hackamore before you invest in one.

Mechanical hackamores fit like a regular bridle but, again, it’s very important to ensure the noseband sits above the sensitive nasal cartilage, as the pressure it exerts is very direct. Unlike other types of bitless bridle, which allow you to offer very mild cues from the reins, a hackamore requires most of the steering to be done through the seat and leg, so perhaps isn’t suitable if you find yourself relying on your hands from time to time.

Though popular, competing in a bitless bridle isn’t permitted in some equestrian disciplines. 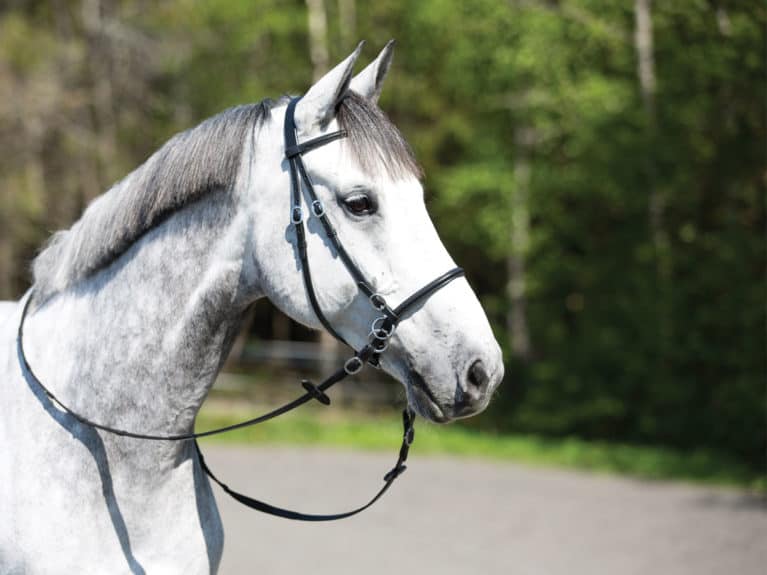 Made from soft leather, this halter-fit bridle has silver fastenings and comes with webbed reins. 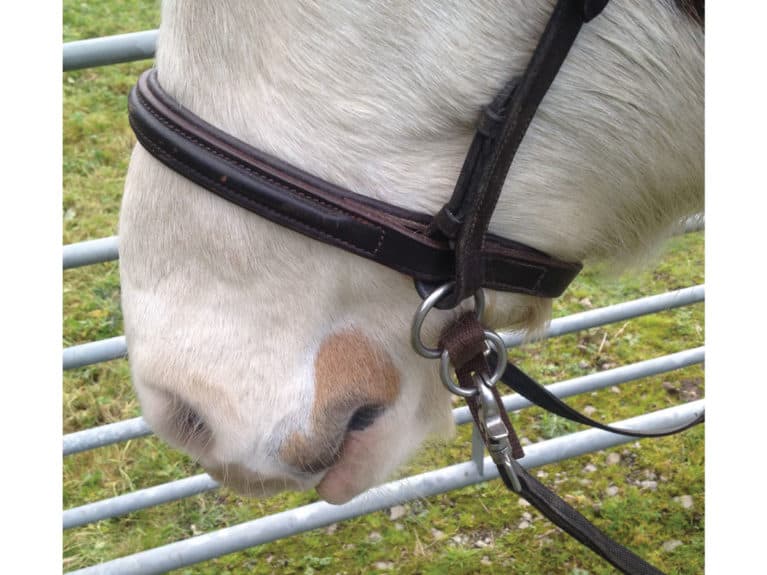 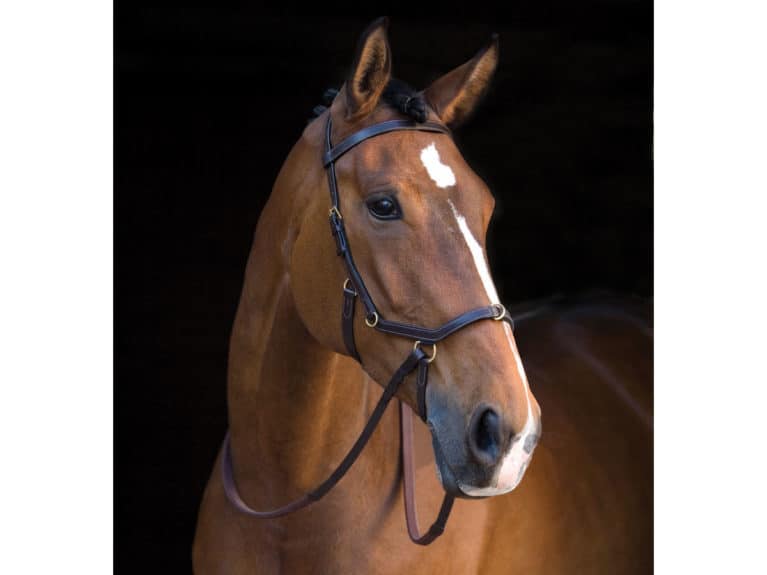 A leather bridle that’s designed to fit the shape of your horse’s skull comfortably. It can be worn bitless or as a lunge cavesson. 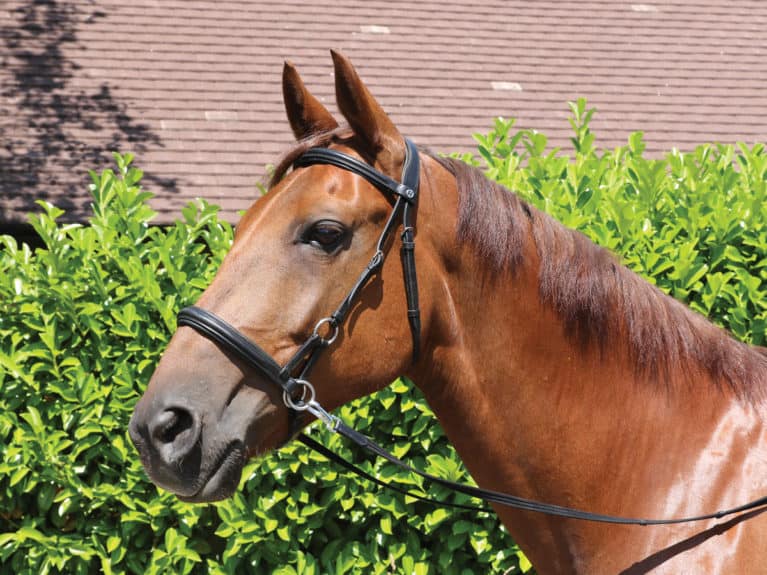 Features a padded noseband and matching web reins with stops. 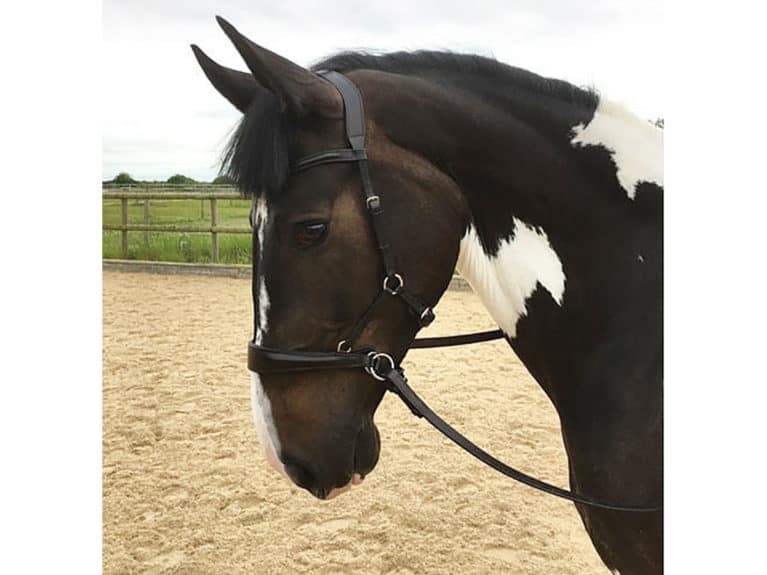 A padded design that avoids pressure on the superficial
facial nerves and the noseband has a nylon core for strength. 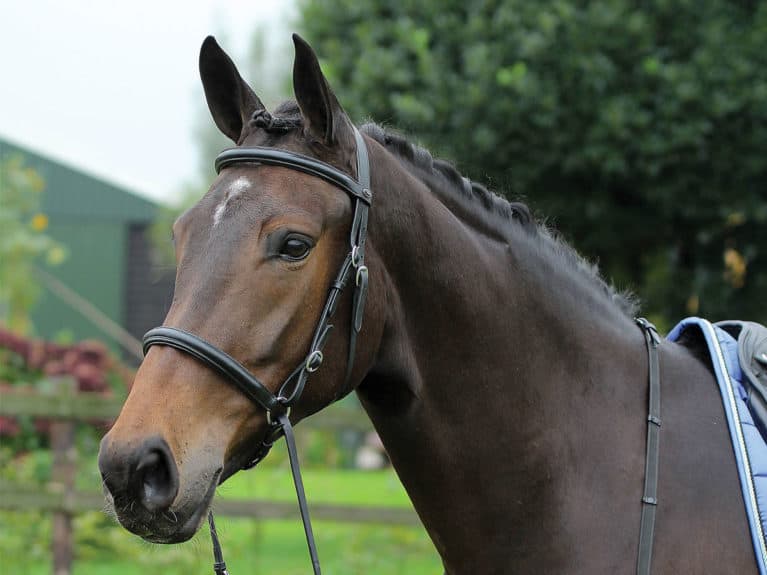 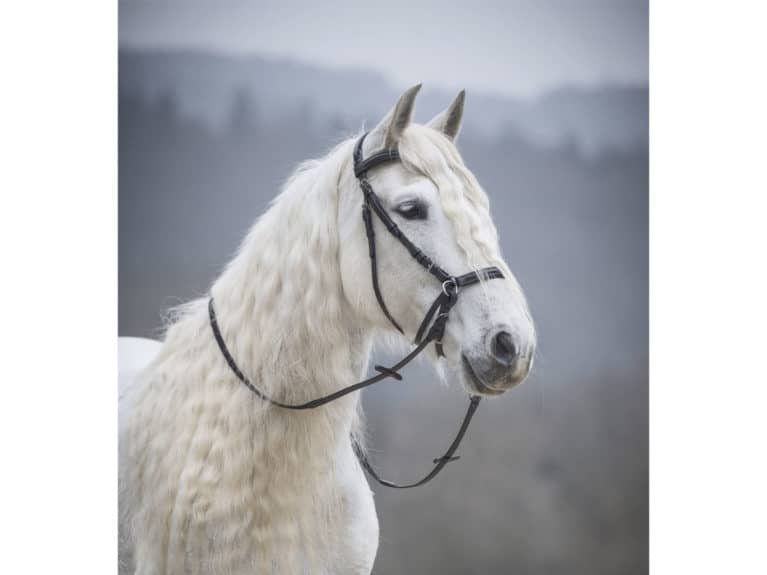 Made from soft leather, this halter-fit bridle features a padded nose and browband. 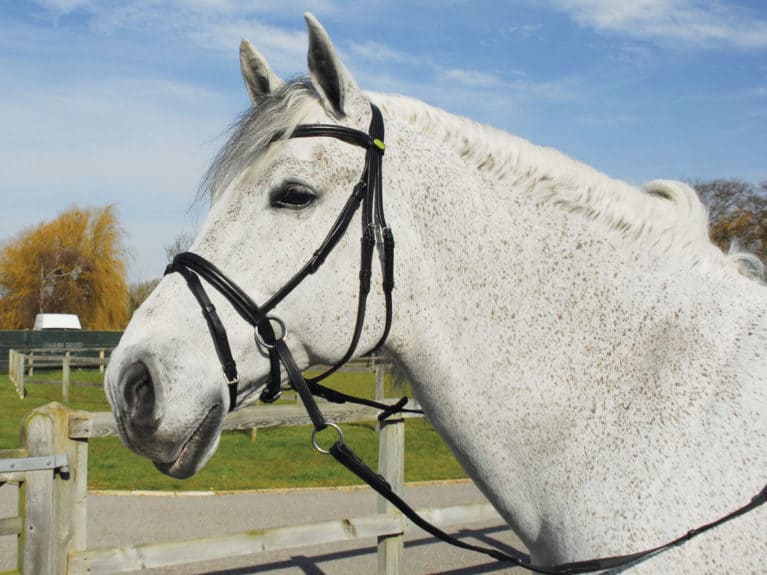 Complete with a pair of Supergrip reins, this bridle features an anatomically shaped headpiece and is made from soft German leather. 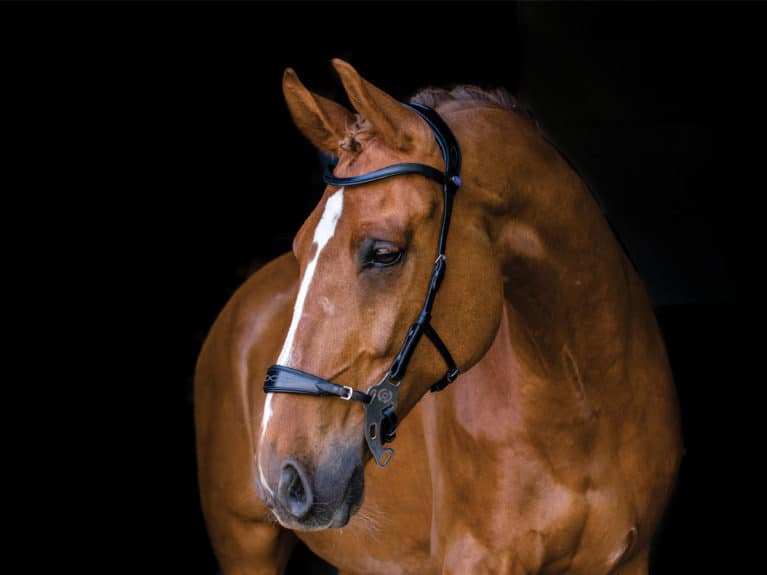 This bridle features an anatomical headpiece designed to even out pressure, with cheek pieces that are cut back so they sit away from your horse’s eyes.

Just like bitting a youngster, your horse may take some time to get used to a bitless bridle, so it’s best to introduce it slowly. 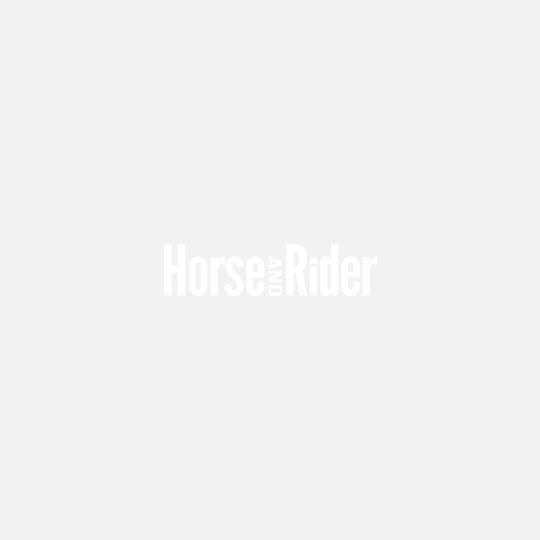 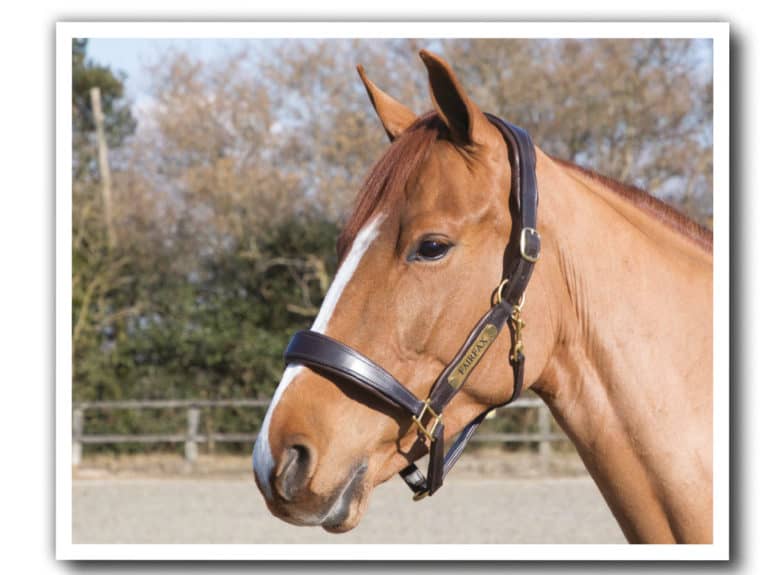 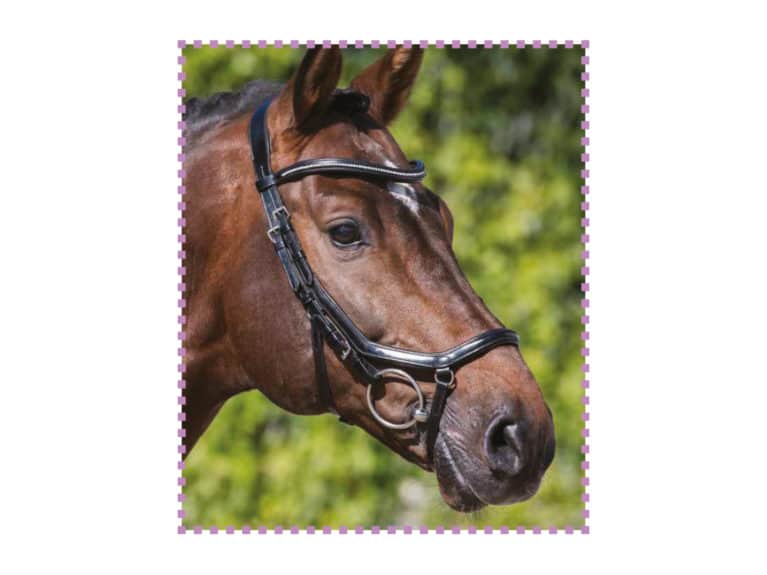