My Account
Home News A New Quest for BD

A New Quest for BD

With all the fabulous benefits of Team Quest, My Quest is a mirror competition but for individuals. 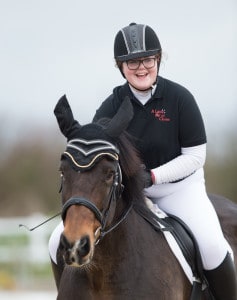 Two years ago Team Quest rocked the dressage world. It brought fun, colour and friendship to a new generation of dressage devotees and, whatever a rider’s age or ability, Team Quest was just the competition to encourage everyone to have a go, bringing around 1,500 newcomers to British Dressage (BD). With our second year nearing an exciting finale, BD is proud to announce our latest addition to the family, My Quest, a new initiative for 2016. With all the fabulous benefits of Team Quest, My Quest is a mirror competition but for individuals.

Relaxed rules and dress, an encouraging atmosphere, sections for Open and BYRDS riders, and competing against combinations of a similar ability will all remain with My Quest, but there’s no need to put together a team. Also, it gives riders who’ve been bitten by the dressage bug via Team Quest a chance to put their new skills to the test on their own. As an added bonus, BD have added Elementary to the levels so now riders in both Team Quest and My Quest can ride in Intro, Prelim, Novice and Elementary classes in 2016.

In 2015, around 90 venues from the top of Scotland to the tip of Cornwall hosted Team Quest competitions – and it’s anticipated that all will run My Quest alongside next year, so there will be plenty of opportunities to take part in the latest BD initiative.

My Quest will follow the same popular regional structure as Team Quest, with a league running through the competition season of 01 February to 31 August across the eight BD regions. Riders will earn ‘Quest Points’ according to their percentages in each My Quest class to the same scale as other BD competitions. A rider’s five best results and resulting Quest points will then feed into the regional leader board for each section (Open and BYRDS) at each level (Intro to Elementary). Riders will be hoping for a top 20 place to qualify for their regional final, where fantastic prizes and a coveted place at the national final are on offer.

BD Chief Executive Jason Brautigam commented; “Team Quest was such a welcome addition to our sport, enabling British Dressage to reach a much wider audience. It has been the ideal vehicle to encourage more people than ever to take part, often trying a dressage test for the first time, so My Quest will be the perfect extension of this. So many riders have been inspired by icons like Carl and Charlotte and next year they can try to emulate them in both team and individual Quest competitions.”

Team Quest and My Quest will combine to create one great membership category called Quest Club, which will cover you for all classes across both competitions, plus Bronze and Gold Prelim levels under the new BD competition structure. The cost will be just £25 for a year and gives a great range of benefits, as well as being part of the amazing Quest family. BYRDS Club membership, the category especially for riders aged six to 25, also covers riding in Quest competitions. Horses taking part need to be Associate registered, which remains free of charge. BD members are of course welcome to take part in Quest competition as long as they’re eligible for the Bronze section at Intro to Elementary levels.

Keep an eye out for updates to the Quest competition fixture list for 2016 by following the Team Quest Facebook page.