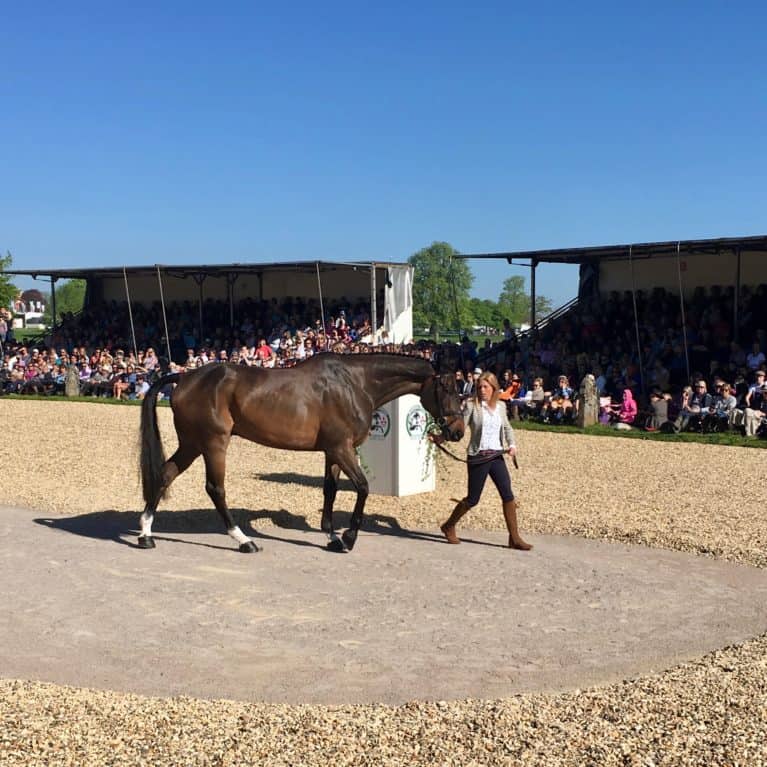 Following the thrills and spills of the cross-country phase, the final vet inspection proved to be the quiet before the final battle for the Badminton title. H&R reveals what happened

Undoubtedly thanks in part to the glorious sun and blue skies currently shining down on Badminton Park, huge crowds turned out in front of the house to see how their favourite combinations were faring after yesterday’s gruelling cross-country.

A total of 55 horses were presented for the final vet inspection. Of those, only Andrew Nicholson’s Nereo won’t be continuing on to the showjumping – Andrew, who had been sitting in 12th position overnight, made the decision to withdraw his steadfast campaigner after they were sent to the hold box.

Another notable horse sent to the startbox was Oliver Townend’s Cooley SRS, currently in fifth, although they were accepted upon re-inspection.

The biggest cheer of the morning went to the ever-dapper Ben Hobday and his part-Clydesdale ride, Mulry’s Error. Ben announced yesterday that this will be the popular pair’s final top-level event together – they start the showjumping in 54th place.

Although not quite the catwalk of the first trot-up on Wednesday evening, the Sunday morning turnout is still a fashionable affair. From Giovanni Ugolotti’s dashing military uniform to Nana Dalton’s zebra-print coat and navy fedora – the latter of which had to be hastily retrieved after it blew off at the end of the trot-up – riders took the opportunity to scrub the mud from their fingernails and glam up. The horses were all impeccably turned out, too, with many blingy browbands and patent nosebands glinting in the sun. Charlotte Aitken, groom to Flora Harris’ Bayano, won the prize for the best cared for horse.

The leaderboard remains unchanged from yesterday…

With everything so tight at the top, all eyes will be on the showjumping to find out who will lift the coveted Badminton trophy. You can catch all the action on the BBC red button or follow updates on the Horse&Rider website and social media feeds.