My Account
Home News Burghley 2018: showjumping clear rounds rewards the few who can achieve them

Burghley 2018: showjumping clear rounds rewards the few who can achieve them 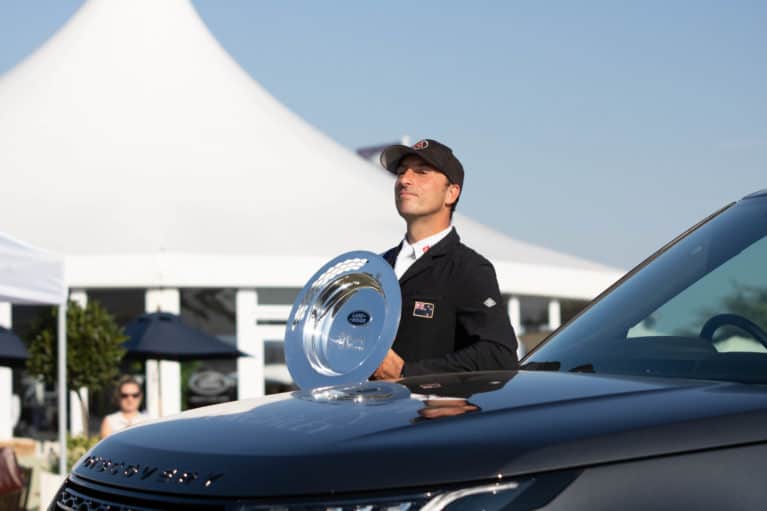 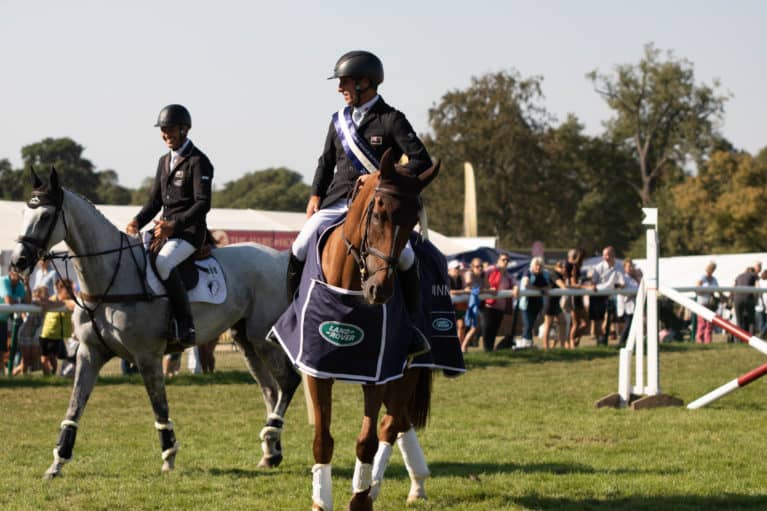 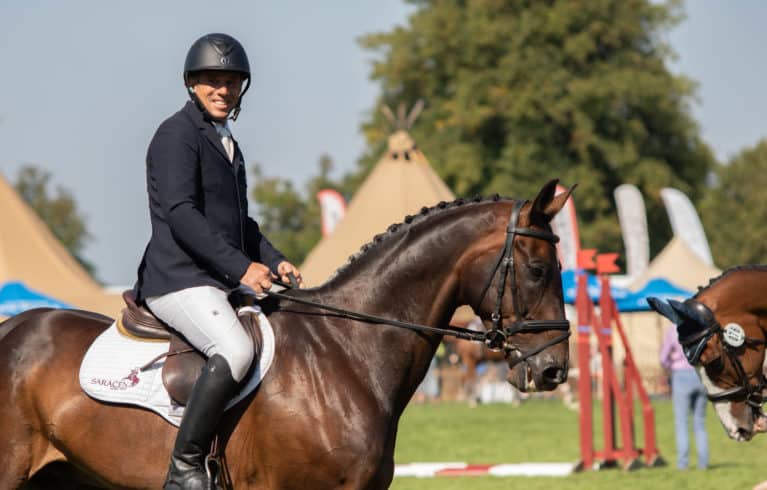 The poles tumbled on the final day at Burghley Horse Trials, but a classy clear round secured a coveted win for New Zealand’s Tim Price. Here’s what happened…

The final showjumping round at this year’s Land Rover Burghley Horse Trials was oddly reminiscent of Badminton four months previously. Once again, the top placed rider was a Kiwi sat on a not-always-reliable showjumper… oh, and named Price!

Unlike his wife, Jonelle, Tim Price went into the arena with one fence in hand thanks to the four faults accrued by Oliver Townend and Ballaghmor Class. He turned out to not need this margin. Despite not jumping clear at a four-star competition since Burghley 2015, when he finished second, Ringwood Sky Boy managed to leave all the poles in the cups.

“He rubbed a few, but not in a way that concerned me,” said Tim afterwards. “Showjumping is hard with him – he throws his heart over the fences first and sometimes his head gets left behind. But he came out shooting, he’s not an out-and-out performer but he’s a trier.”

When Tim talks about ‘Ozzie’, it’s obvious how much he values his long-time campaigner. “He’s a real character on the yard and the first one I go and see in the morning. He loves scratches and is such a giraffe, sticking his neck out. He’s just been there so long and is so happy.”

Jonelle was full of praise for her husband and the work he’s put into developing Ozzie. “Five years ago, nobody would touch the horse with a barge pole, but he was almost flawless this weekend – it’s a credit to Tim.”

With this result today and Jonelle’s Badminton title, this makes the Prices only the second husband and wife team to win both major UK events – the previous time was Princess Anne and Captain Mark Phillips in 1985.

This year, Oliver Townend and Ballaghmor Class had to settle to being the bridesmaids. They dropped one pole in the showjumping, but earlier mistakes from Piggy French meant that didn’t drop them down in the rankings.

“That family have been in my backside all year,” he said after congratulating Tim – he was also runner-up to Jonelle at Badminton.

“Last year Ballaghmor Class won out of naivety, but this year he’s become a professional. There’s always something you can improve on, but I’m so happy – he couldn’t give more. To be consistently well-placed at four-stars and give a better performance each time is really amazing.

He’s as special a horse as I’ve ever ridden and an exceptional talent. He has the main box on the yard – whatever window of the house I look out of, I can see him. He’s the first horse I see in the morning and the last one I see at night.”

Third place went to the King of Burghley, Andrew Nicholson. Asked in the press conference if his ride here, Swallow Springs, could be another Avebury, the horse who earned Andrew three back-to-back Burghley titles between 2012 and 2014, the Kiwi rider joked “Sure, he’s the right colour.”

But colour isn’t the only connection between the two greys. Swallow Springs arrived at Andrew’s yard as a young horse with a bucking problem but no name. He became known as Chill, after his sire, but his official name comes from Swallowhead Spring – a river that runs through the town of Avebury in Wiltshire.

Sadly put to sleep almost two years ago due to a malignant tumour in his jaw, it seems Avebury was looking down on Andrew’s latest star as he tackled his first Burghley. Despite being a four-star debutant, Swallow Springs was the only horse to finish on his dressage score. They put in a classy clear showjumping round and cemented third place.

“I’m very pleased with him – he made me work hard, but he couldn’t have gone better. All credit to him, he let me ride him and tell him what to do. I left home thinking if he goes the way I know he can and I do my job, he’s in with a shot of a good result.”

Overall, 39 horses made it through to the showjumping. Of those, only eight jumped clear rounds. Two British combinations who dropped down as a result of lowering poles Piggy French and Vanir Kamira, and Harry Meade and Away Cruising, taking them to fifth and sixth respectively.

“It’s been a super weekend,” commented an upbeat Piggy. “The way the course is riding, I was lucky to just have one, so I’ll take that.”

Harry was equally philosophical about his performance. “I’m delighted,” he remarked. “As long as I’m able to execute my plan, which I did today, I’m pleased. He’s growing into himself and on track to keep improving – there’s more to come.”

Aside from the showjumping action, spectators were also treated to the emotional retirement of Sam Griffiths’ faithful campaigner, Happy Times. Now 19 years old, Happy Times has made six trips to Burghley, alongside with visits to Badminton, numerous three-star competitions, two World Equestrian Games and the London 2012 Olympics.

As another Burghley draws to a close and the sun sets behind the iconic house, it’s important to take a moment worth reflecting on just what this competition means to the various people who tackle it. Everybody comes here with a different goal – a completion, a clear round, a top-ten placing. But winning?

“It’s always been the dream,” said Tim. “I grew up watching Andrew, Mark Todd, Blyth Tait on TV winning here and to be doing the same now, so many years later, is unbelievable. It everything. It’s Burghley.”