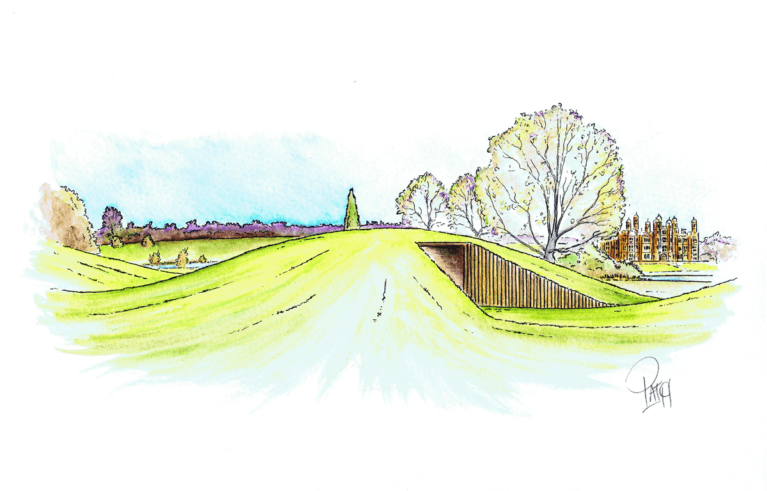 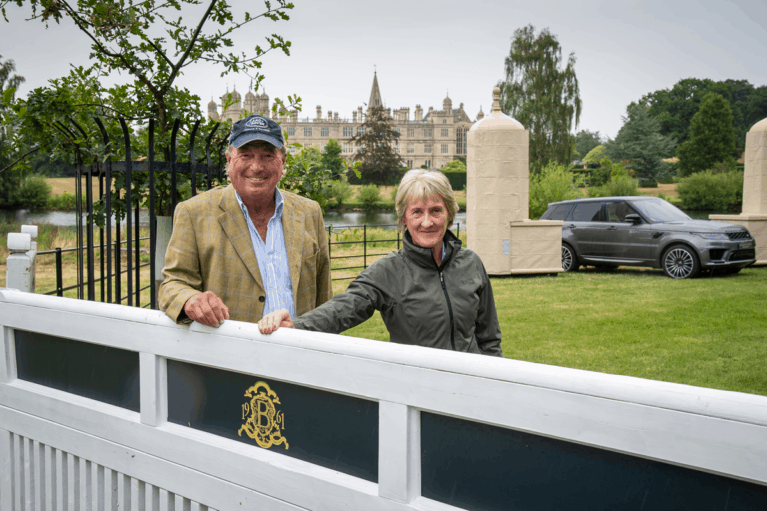 The Land Rover Burghley Horse Trials is perhaps best known for its big, bold cross-country course, but the introduction of a new element this could mean the challenges are even tougher than ever

Captain Mark Phillips, former eventer and the mastermind behind the challenges Land Rover Burghley Horse Trials cross-country course since 2005, believes an innovative change to this year’s course design will make sure only the cream rises to the top.

The prestigious three-day international event will see many of the world’s finest horse and rider combinations descend on the Burghley Estate in Stamford, Lincolnshire from August 30. They’re looking to follow in the footsteps of 2017 winner Oliver Townend, who currently has five horses entered this year – including last year’s winner Ballaghmor Class – although his final choices have yet to be revealed as he’s likely to also be heading to Tryon for the World Equestrian Games in September.

A innovative flyover has been created that enables the cross-county course to run in a figure of eight – allowing horses and riders to go under the newly built mound through an underpass in one direction, and over the top in the other direction when they come back around. Flyovers have previously been used at Aachen in Germany and several other competitions on the continent, but this is the first time one has been seen in the UK, offering a brand new challenge to even the most seasoned Burghley competitors.

“The flyover means I can reverse one part of the course but not the other, without any danger of the horses meeting – one out, one on the way back – which gives us much more flexibility in the future.” says Captain Mark Phillips.

“When riders go round and round in one way they learn how to do it pretty good, but nobody has ever done it this way so they are going to have to ride by the seat of their pants. I think this layout will make the time the hardest it has ever been.

“It will be very much about feeling how much petrol your horse has got left in the tank as to when you can press and when you can be conservative.”

This course shake-up means that fences spectators are used to seeing in the latter stages, such as those found at the Leaf Pit, Trout Hatchery and Discovery Valley, will now appear in the first half of the course. Riders will then tackle the familiar circuit across Capability’s Cutting towards the Land Rover at the Lake complex, before going under the flyover and coming home through the Anniversary Splash.

Local rider Sarah ‘Cutty’ Cohen, who was previously 5that Burghley in 2005 with Wexford Lady, this year brings 16-year-old Treason to the event. Recently the pair has been focusing on the Event Rider Masters, finishing second in last year’s series, but now they’re looking forward to tackling Captain Mark Phillips’ latest offering.

“We are not here to make up the numbers, we are here to be competitive and to challenge for the top spots. It’s a massive track, a big cross-country course, but it’s great to have that challenge and for people to be able to come and attack the course.

“My horse is a great cross-country horse and so we’re looking forward to the challenge. Bring on the difficulty and the new fences. Everyone knows it’s big, everyone knows it’s Burghley – it’s one of the toughest in the world and everyone comes here knowing that level of difficulty.”

So, how will this new addition to the famous Burghley course affect one of horse sport’s most exciting events? All will be revealed on cross-country day…

If you’re visiting Burghley Horse Trials this year, check out the Horse&Rider stand in the World of the Horse pavilion near the Lion Bridge. We’ll also be posting photos and event updates on our social media and at horseandrideruk.com.

The multi-award-winning Land Rover Burghley Horse Trials from August 30 – September 2 has been established as a major international equestrian and social event for over 50 years. For more information visit burghley-horse.co.uk