Countdown is on to the packed Endurance GB ride season 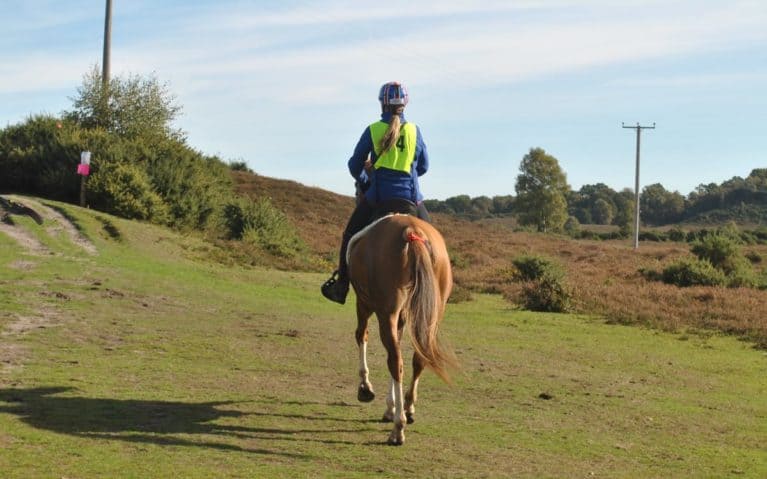 Endurance riders across the country completed their first competitive miles of 2019 at events in the New Forest, and in Staffordshire on 3 March. Surrey and Carmarthenshire the following weekend (9 March), too, at the start of what looks set to be a busy Endurance GB season.

The endurance calendar opened with a new competitive ride, New Forest Runway, formerly a pleasure ride starting at an old WW2 airfield, in Fritham near Lyndhurst.

Biosecurity measures were in place here and will be at other Endurance GB rides in March. This is following guidance from the British Equestrian Federation concerning the recent equine flu outbreak, stating that competition should go ahead but that all horses taking part should have their vaccinations fully up to date.

With a number of new rides, including two additions to the FEI calendar, and an extended season that continues until 20 October for the first time, the 2019 Endurance GB season sees the sport poised for growth.

The Golden Horseshoe on Exmoor, now in its 54th year and being staged over a weekend (18-19 May) for the third time, retains its iconic place in the sport’s calendar as the UK’s oldest and arguably one of the toughest competitive endurance rides.

The calendar also sees the addition of a new FEI International contest over challenging terrain at Wentwood Forest near Newport, which becomes the first international endurance ride in Wales for a number of years.

By contrast, the forest tracks and grassland of Suffolk will provide the test for both the Endurance GB National 160 and YR 120 Championships at the 25th anniversary King’s Forest Ride (31 May-2 June), while the Novice, Open and Advanced Championships find a new home at Boyton Hall near Lavenham on 14 September.

The Home International contest between England, Wales, Scotland and Ireland is scheduled to take place at the British Horse Feeds Red Dragon Festival of Endurance in October, which also plays host to the Riding Club Championships. The popular Inter Regional championship returns to Cirencester Park in July.

The season has been extended until 20 October, with Hanslope Ride near Milton Keynes regaining its FEI International status and set to stage what organisers are describing as a ‘low frills’ FEI event with something for everyone.

Endurance GB Chairman Rebecca Kinnarney said, “We’ve a packed year ahead, which launched with a brand new ride in the New Forest to kick off the 2019 competition season. Riders across the country are ready to bring out their horses and resume building distance fitness in the early part of the season, and make the most of the good ground conditions we’re seeing across the country.

“With our varied schedule, we are making a really concerted effort to widen access and increase participation further.

“Above all we’re keen to inspire and engage riders from across the spectrum to understand how beneficial endurance riding can be for both horse and rider’s health and fitness. To do this we want to showcase our brilliant elite endurance athletes while demonstrating that this is a discipline for any type of horse and any level of rider. This philosophy will be in evidence at the European Championships, which will see Britain’s top riders compete over the same weekend as National and Pony Club riders.”