My Account
Home News Crowd favourite out of Europeans

Crowd favourite out of Europeans 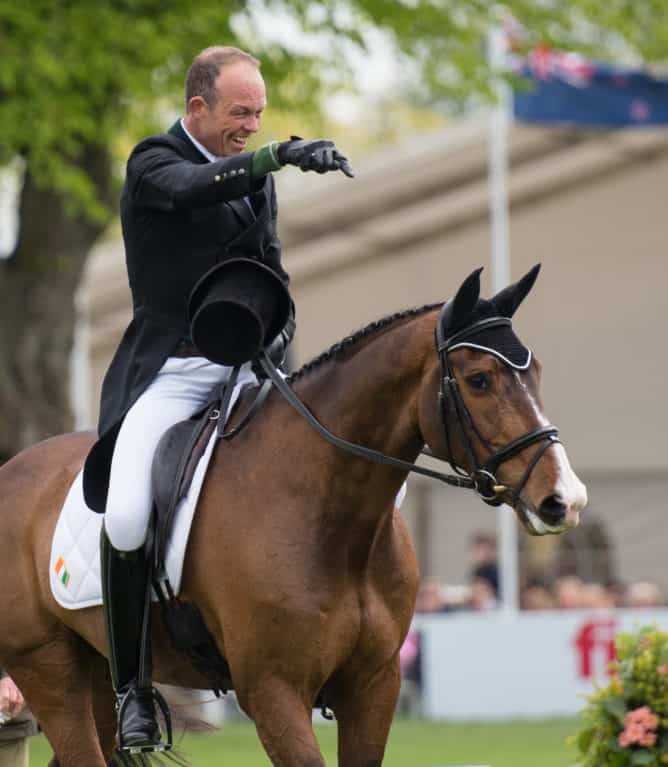 Olympic eventer Jonty Evans will not contest the European Eventing Championships in Strzegom, he has said in a statement following his successful efforts to crowdfund the £500,000 needed to secure the future of his Rio partner, Cooley Rorkes Drift, known as Art. The pair, who have been selected to represent Ireland in next week’s European Championships in Strzegom, Poland, have been at the centre of a media frenzy over the four weeks of the campaign, the first of its kind of this scale.

Jonty said: “I am astonished, humbled and so, so grateful to every single person who has donated, either financially or with time, effort and support, to our successful bid to secure Art’s future with us. As I’m sure you can imagine, I now have the longest thank-you letter list in history!

My immediate concern has been over the European Championships. The outcome of the campaign has been successful – that was to secure Art’s future and allow us to compete at the biggest competitions on a global scale. Unfortunately, however much Art and I want to go and challenge in Poland, time will not allow. The physical issue of paying for him is complex, and will not be completed in time.

I have spoken at length to Sally Corscadden, Ireland’s High Performance director, and she agrees that our preparation has been hampered due to the extreme efforts we had to go to in securing Art. I feel concerned that I might be seen to be letting my teammates down, but I have to look at the bigger picture – Art’s welfare and the impact on those around me. We have staged an exhausting campaign and are somewhat shocked that we have succeeded. In everyone’s interest, I feel that the best course of action is to take a little time to get used to things, to communicate with people and to plan what we will do next.”

Sally Corscadden said: “On behalf of Team Ireland Equestrian, we would like to thank all the amazing people who have given so generously to keep Jonty and Art together. They are a fantastic combination, who have already made Ireland proud with their performance in Rio.
It is inspiring to know that Jonty and Art are now secured for future teams and can aim for the Tokyo Olympics. With this in mind, we have agreed with Jonty that the best course of action is not for them to travel to Poland, but to complete the deal to secure Art, and put in place the best plan to qualify for next year’s World Equestrian Games.”

Jonty continued: “We have to look at the big picture and always respect what is best for the horse. We have lots of ideas of how this will work as we go forwards, and it’s going to be great fun trying to involve everyone who has helped. Our plan is to create a huge family around Art – both he and I are very lucky.

Fiona Elliott and Ann Nobbs, who have been Art’s owners, have been supportive in affording me the time to secure his future. It has been a long, and sometimes tricky, procedure and their support throughout both this and Art’s career is something we will continue to be grateful for. During the process Kate Rocher-Smith of Dassett Eventing has assisted in every way possible, and I would like to thank her for facilitating something that could have become very difficult.

Words cannot express how grateful I am to the team that has organised the successful campaign, the public who supported that campaign – we had over 6,700 individuals donate – the people who donated the auction lots, the media who supported our efforts and, of course, my long-suffering family who are always there for me. I will, one way or another, thank everyone, but it might take me some time.”

For more on the story of Jonty and Art, click here