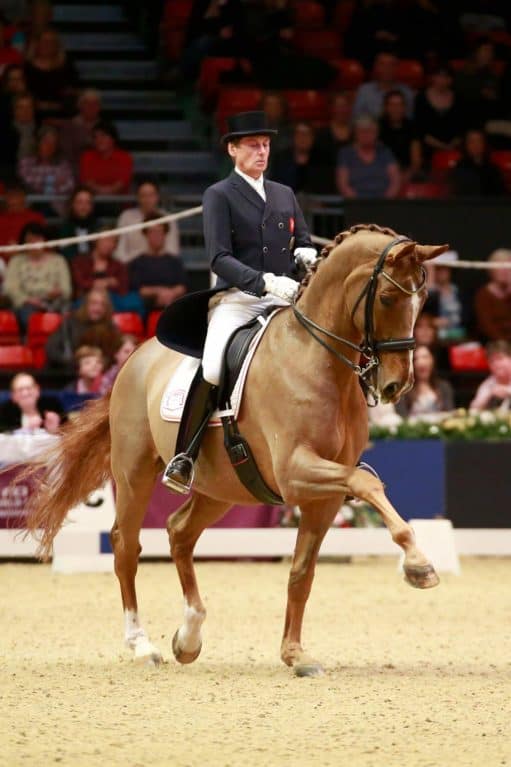 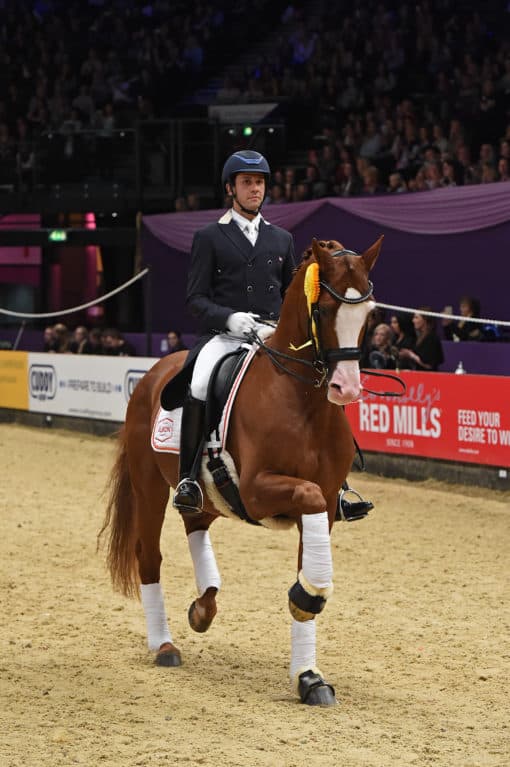 International dressage rider and Olympian Emile Faurie made a welcome return to Olympia this week, with a dazzling Master Class demonstration and a convincing performance in both the Grand Prix and Kur classes.

Emile, who is currently the official team trainer for Finland’s Grand Prix riders wowed the crowds on Tuesday with an electric display of dressage perfection from the yard’s latest talent, Dior III, trained by Emile and ridden by Tom Goode. At a time when the British public is mourning the retirement of Valego, the chestnut stallion Dior (owned by Emile & long-standing friend Sam Geddes), who is only eight years old, proved his credentials as the UK’s next superstar in the making with his feisty moves and mesmerising presence as soon as he entered the arena.

The magic continued when Emile showcased the talent of his Grand Prix horse Weekend Fun, who scored an impressive 72.06% on their first outing to Olympia coming fourth in the FEI World Cup Dressage Grand Prix, and 8th in the Kur. The 15-year old Oldenburg gelding Weekend Fun – owned by Ullrich and Bianca Kasselmann – has only been with Emile since January this year and the combination are clearly strong contenders for the World Class Podium programme next year.

With the eponymous charity, the Emile Faurie Foundation – which provides disadvantaged children living in inner cities with the opportunity to ride and have contact with horses – nominated as the official charity for the 2016 London Olympia International Horse Show, this year’s Christmas spectacular was especially important to Emile.

Commenting on the event, Emile said, “I’m delighted to have had the opportunity to return to the centre stage at Olympia and feel very privileged to have two amazing horses here who both put on such stellar performances. Of course, it has also been a wonderful chance for us to raise awareness of the importance of the work undertaken by the charity, which celebrates its 10th anniversary in 2016. We are hopeful that the Silent Auction and other fund raising initiatives throughout the show will enable us to extend the valuable work undertaken by the Foundation to many more children in 2017”