My Account
Home News Faugheen, Sprinter Sacre and the folly of dismissing greatness

Faugheen, Sprinter Sacre and the folly of dismissing greatness 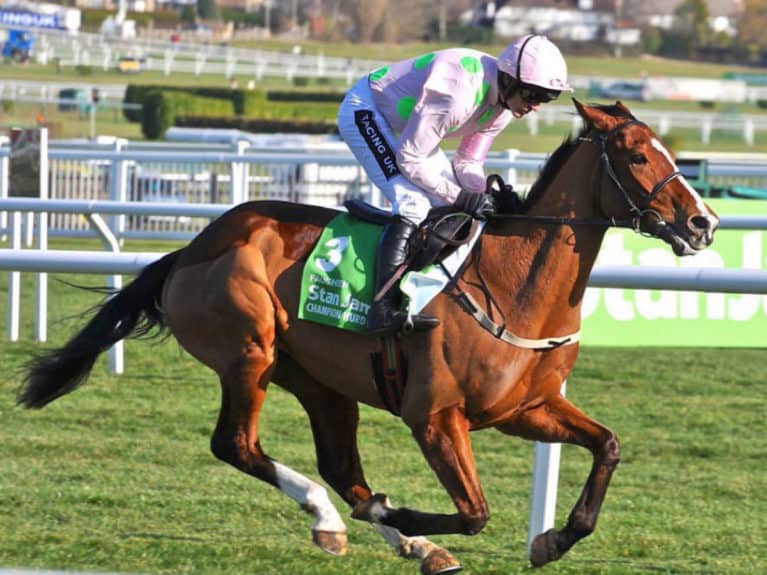 In horse racing, as with most sports, it’s not always clear that you’re watching a moment of history. You don’t always know that it’ll be the last time you see a great, such as Red Rum or Kauto Star, in action.

Of course, the opposite can be true – there’s an almost tangible energy in the air when those present know they’re seeing something special. Moments such as seeing Sprinter Sacre win the 2016 Champion Chase at Cheltenham, an event when even hardened punters and trainers who’d seen it all before had tears in their eyes.

Sprinter Sacre was a special horse, a superstar who had won the prestigious race in record-breaking fashion three years earlier. Injuries blighted Nicky Henderson’s horse, though, and in 2015 it wasn’t clear if Sprinter Sacre would race again, never mind win.

Emotional scenes at the 2016 Champion Chase

Lining up for the 2016 Champion Chase, many punters thought that the patched-up Sprinter Sacre had little chance, participating in the race in name only, perhaps even as a farewell run for one of Cheltenham’s greats. Sprinter Sacre didn’t read the script, though, rolling back the years and taking every fence like a slingshot. When Sprinter Sacre crossed the line there was electricity in the air at Prestbury Park. Trainer Nicky Henderson, who has seen it all and won it all, was visibly moved to tears. It was a magical moment for lovers of the sport.

Perhaps a similar tale might unfold for another of the great modern horses of National Hunt racing – the Irish hurdler, Faugheen. It’s difficult for some to appreciate the esteem in which the Irish hold “the Machine”, a serial winner until injuries started to catch up with him over the last couple of years. Faugheen had delivered so much, both for punters and purists.

At Cheltenham last March, however, there was to be no fairy-tale ending in the Champion Hurdle, a race he won in 2015. Faugheen was well beaten and came in a long distance behind winner, Buveur D’air. Nobody needed to say it out loud in the crowd, but it hung in the air, “Farewell, Faugheen. Thanks for the memories.”

But then, something strange happened a few weeks later. Faugheen was entered into the Irish Stayers Hurdle, run over a mile longer than his usual races. Not only did he win, he blitzed the opposition, beating the excellent Cheltenham winner, Penhill, by thirteen lengths. Faugheen was back, reinvented as a long-distance hurdler.

Faugheen favourite for the World Hurdle

Has the ten-year-old got enough for one last tilt at the top in a similar vein to Sprinter Sacre? Well, if you check the latest Cheltenham betting info 2019, you’ll see Faugheen posted as the 5/1 favourite for the World Hurdle. Of course, others could challenge, such as the aforementioned Penhill (6/1), Supasundae (10/1) and Apple’s Jade (12/1, all odds Bet365).

Could this race be one of those moments you’ll look back and remember?