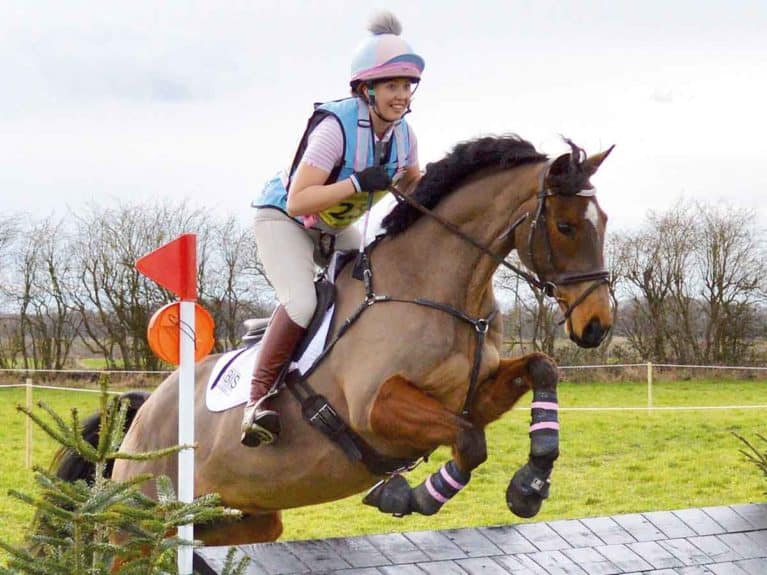 Can you believe I’ve been writing this column for a year now? The ups and downs of a life with horses never fail to keep me on my toes. This month I have three events planned, two for Pat and one for Pea, as well as a showjumping outing. I’m nervous, of course, but I’m keen to get out there.

I’m really happy with how I feel when I prepare for a show now. I pack the lorry in advance, I sort stud holes and get organised beforehand rather than rushing around on the day. I even learn my dressage test at least a week in advance, rather than the night before after a glass of wine. It’s all helping to keep a handle on my nerves, and I think being prepared is key to feeling in control on the day.

I’ve been cross-country schooling twice recently, taking this year’s tally to four. I was apprehensive at first and had a couple of stops at some very small logs. After some suggestions from my friend Laura, though, we were transformed. I began to trust Pat a bit more, let go of the death grip I had on him and lower my hands into a fence. This small change meant that by the end we were jumping Novice combinations at 1.10m – the biggest we’ve ever jumped.

Back down to earth

A week later, though, my new-found confidence was shattered. I was on such a high after the cross-country session that I got too confident and pushed Pat too far, which scared us both and meant our trust and positivity came crumbling down. I banged my head in the process and sat crying on my horse for the first time in over a year. I was so full of regret that I couldn’t see how to move past it. Worse still, we were due to go cross-country schooling again the next day!

Picking up the pieces

Feeling as though my confidence was back to square one, I nervously drove to the cross-country venue. Pat seemed tense and agitated as I tacked him up, and I felt the same. I got on and in the first field couldn’t even get him over a small log – I kept pulling him up out of fear. I almost cried again, and that lump in my throat and tightness in my chest that I used to feel all the time were back. Then, it hit me that you have two choices – get off and give up, or stay on and stop snivelling. There’s no middle ground, you either help your horse or you go home.

I decided to help Pat by making everything as easy as possible. We started with the tiny fences, then moved onto coffins because I like those. He’s confident with water, so we trotted and cantered through that. I don’t mind brush, so I galloped him over the steeplechase fences, and by that point I’d almost forgotten about the terrified feeling from earlier on.

Achieving mind over matter is possible, so don’t let niggling doubts make you believe that you can’t do something. Tell yourself you can. Remember, it’s absolutely possible to feel the fear and ride anyway, even if it doesn’t feel like it at the time. You’re amazing and you can do fantastic things, so never let fear stop you.

Thank you so much for coming with me on this journey for the last year and a huge thank you to the amazing team at Horse&Rider for having me – it’s been one of the best experiences of my life to write this page for you each month. The goal for Pat, Pea and me going forwards is to have fun and keep smiling, no matter what’s thrown at us. 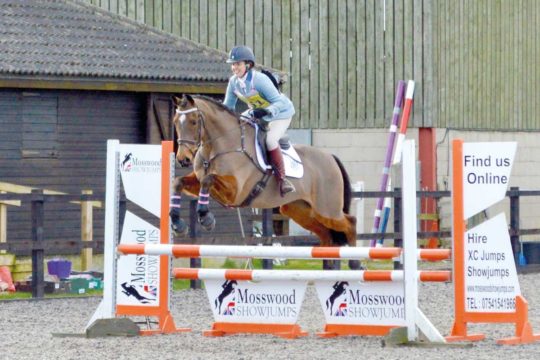