My Account
Home News Helping pets for more than a century

Helping pets for more than a century 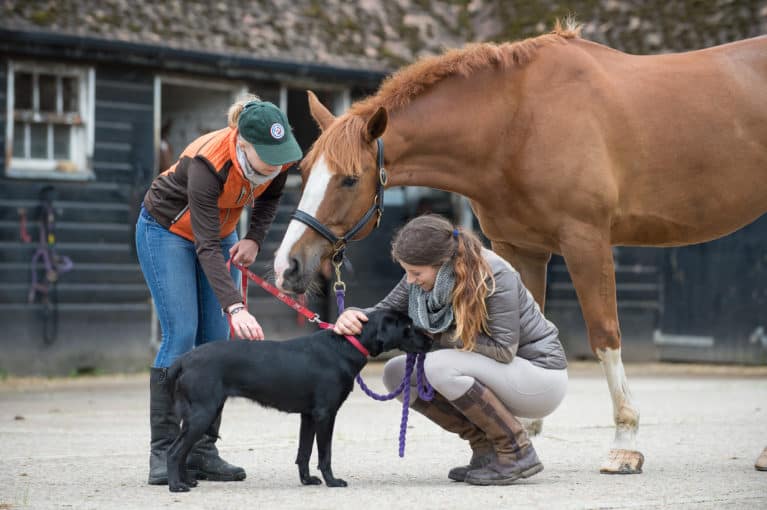 The Blue Cross has been on hand to take care of pets in the UK and abroad for more than 100 years, a dependable force behind the nation’s animals in times of crisis. The charity set up front line animal hospitals in the Balkan and First World Wars, providing necessary veterinary gear to help soldiers take care of their horses.

The charity was formed in 1897 under the name ‘Our Dumb Friends League’, having begun by helping the working horses of London in the early 1900s. Fundraising efforts helped provide water troughs across the capital, as well as horses placed to aid weaker animals carrying loads up steep hills. The Blue Cross animal hospital in Victoria, London was opened in 1907. Thought to be the first of its kind across the globe, the hospital supported working animals and pets of low-income owners.

Mr Arthur Coke’s Blue Cross Fund helped raise money for animals during wartime, and during World War One animal hospitals were set up in France and Italy alongside animal ambulances. It wasn’t until the 1950s that the charity became known as The Blue Cross, after ambulances were marked with a blue cross to help differentiate them from those for injured soldiers.

More than 50,000 horses had been treated in Blue Cross hospitals in France by the end of the First World War and more than 3,500 units of the British Army received veterinary supplies. The final year of the Second World War saw more than 200,000 animals helped by The Blue Cross nationwide, and pets whose owners were in active duty were cared for by the charity. Owners made homeless by bombing could place their pets with the Blue Cross, who found foster families to care for pets without a home. Staff worked tirelessly to rescue animals from bombed buildings during the Blitz to treat and rehome them.

Today, the Blue Cross cares for more than 40,000 pets every year, spread across 11 rehoming centres, four rehoming and advice units and four animal hospitals. With no government funding, it relies on donations to continue its important work.