My Account
Home News No way for North Wales’ crime

No way for North Wales’ crime 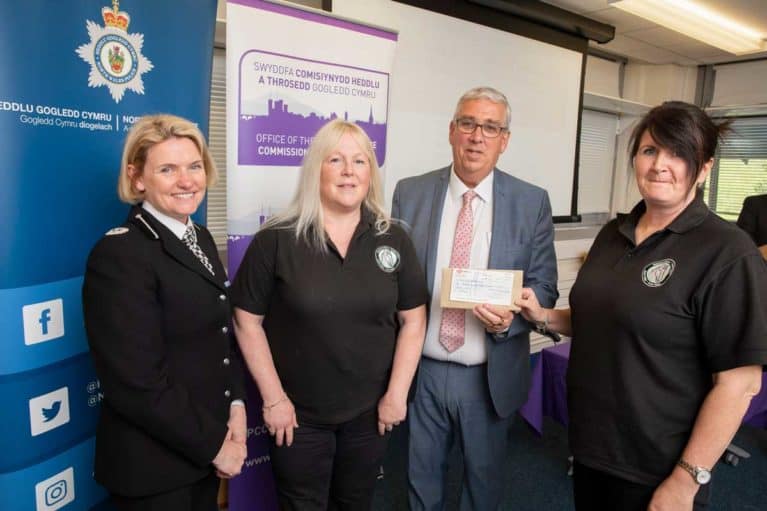 Horsewatch, a North Wales crime prevention project aiming to protect horse owners from thieves, is to spend some of a £5,000 grant on identity chips for horses thanks to cash confiscated from crooks

North Wales Horse Watch, which operates across all the six counties of the region, aims to make it easier to trace stolen horses and catch the rustlers, as well as making members of the equine community more aware of the threat of crime. Founded by Helen Lacey in 2010, the scheme came about after she had a harness and a generator stolen, she hopes that the award of a £4,920 grant will help the group promote crime prevention across the region.

The Your Community Your Choice initiative is also supported by the North Wales Police and Community Trust (PACT), which is celebrating its 21st anniversary in 2019. The money for the awards came partly from that seized by the courts through the Proceeds of Crime Act, with the rest from the Police Commissioner’s Fund. Each of the region’s six counties have up to £2,500 apiece for two groups, with £5,000 each for the two organisations that operate in three or more counties.

In addition this year, thanks to additional funding from the police and crime commissioner and North Wales Police, there are two new grants of £10,000.

The larger grants are designed to fund projects addressing issues related to the emerging threat of County Lines. This is where young people are coerced and threatened with violence to take part in illegal activity across the region.

Around 15,000 votes were cast in an online poll to decide which of the community schemes received support, with the cheque presented to 19 successful applicants at the North Wales Police headquarters in Colwyn Bay.

Helen, who had some equipment stolen from her land in Wrexham and is concerned that rural crime is on the rise, said: “The PCSO who dealt with the crime saw that we needed an equine version of Farm Watch. We now have 10 volunteers who security mark tack, equipment trailers, carriages and quads using various forms of marking. Getting more volunteers out giving advice and guidance on welfare issues such as fly grazing is vital, too.”

“We identify horses using chip readers, but we need more. They help us trace owners of missing, found or illegally fly grazing horses, and our success rate of reuniting horses with owners is now 100%.”

Police and Crime Commissioner Arfon Jones, who jointly presented the awards with new Assistant Chief Constable Sacha Hatchett, said: “I am delighted that the Your Community Your Choice fund continues to support projects across North Wales for a seventh consecutive year. This unique fund allows our communities to decide which projects should get financial support, and the response has seen almost 15,000 members of the public vote for a total of 30 projects.”