My Account
Home News Could Politiologue pull of a surprise Ladies Day Win at Cheltenham?

Could Politiologue pull of a surprise Ladies Day Win at Cheltenham? 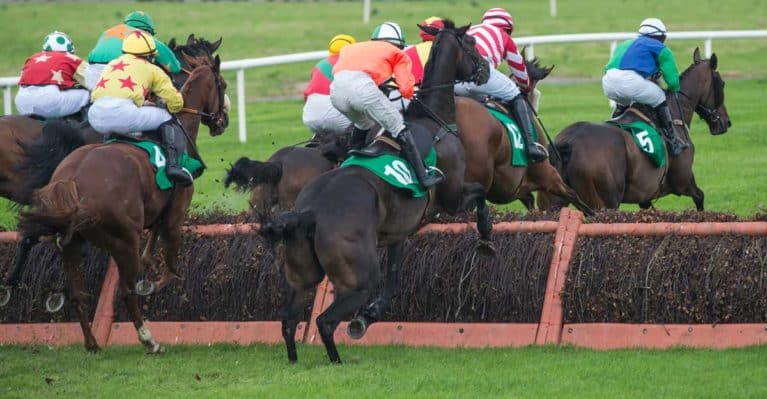 Take a look at any one of the headline races for this year’s Cheltenham Festival (13–16 March) and you’ll see that the bookmakers have had their favourites from the outset. In the Champions Chase and the Gold Cup, the two biggest races that bookend the entire festival on the first and last days, they’re looking no further than Buveur D’Air and Might Bite.

The two big guns from the Nicky Henderson stable certainly look like the horses to beat, but for the major races on the second and third days – the Queen Mother Champion Hurdle on Wednesday and the Stayers Hurdle on Thursday – there are all sorts of Cheltenham racing tips doing the rounds and the winners could be tougher to call. Racing Tips is one of the sites providing tips throughout the festival, so here are their Cheltenham 2018 tips for the big races on Ladies Day (14 March) and St Patrick’s Day (15 March).

Paul Nicholls confident of an upset

As far as Wednesday’s showcase race is concerned, all the talk has been around Altior. Yet another from the seemingly endless stable of Nicky Henderson winners, this horse has a long unbeaten record. However, Altior has only just returned from a long absence, having undergone surgery. Is he fully fit? A run out at Newbury two weeks ago resulted in a convincing win, but one swallow doesn’t make a summer.

Paul Nicholls has entered Politologue and is confident that the seven-year-old grey can beat anyone on his day. With most bookmakers distracted by the much-hyped showdown between Altior and the two Mullins-trained horses, Min and Douvan, Politologue has all but slipped under the radar. Most bookmakers have him at 8/1, but some are still as long as 10/1.

Part of the reason for the lack of bookmaker interest is that Politologue was one of the horses that Altior swept aside at Newbury last month. However, Nicholls feels the flat-out nature of the Cheltenham track will be more to Politiologue’s liking and he’s more than capable of turning the tables on his illustrious rival.

He told reporters, “I am sure this horse is capable of stepping up and winning a Grade One.” Will he do so at Cheltenham? The tipsters feel he’ll certainly be among the front runners, so while those 10/1 odds remain on offer, an each way bet makes all sorts of sense.

Can Henderson win four out of four?

If all goes according to the odds, Nicky Henderson could be on the verge of doing something very special. The favourites in three of the four showcase races at Cheltenham are trained by the man from Lambourn. But what of the fourth? The potential fly in Henderson’s ointment is the Stayers Hurdle on St Patrick’s Day. However, while he doesn’t have the favourite, he has entered a horse who appears on most lists of Cheltenham 2018 tips as being in with a great chance.

The bookmakers have really struggled to decide which horse to stick with in this race. There’s been a succession of favourites to have their moments over recent weeks and they finally seem to have settled on Supasundae. But does Nicky Henderson have something up his sleeve?

L’Ami Serge is currently at 12/1 with most of the bookmakers, which is precisely where he’s been for the past two weeks or more. There are three or four horses with shorter odds, but whenever this one is mentioned, Henderson seems quietly confident, as if he knows something even the top tipsters don’t. His last outing was at Doncaster over Christmas and, after being blocked at the start, he recovered to finish third. After the race, Henderson simply remarked: “With a clear run, he probably would have won.”