Didn't manage to make it to The Dressage Convention 2015? Don't panic! Horse&Rider brings you a round-up from all the action. 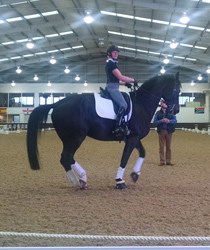 Day one of The Dressage Convention 2015 kicked off with a performance from ‘Bret Kidding’, a rather amusing rendition of a Grand Prix test with an interesting take on all the high-level movements. Tristan Tucker then presented an equine yoga masterclass, first focusing on groundwork by moving the horses body and creating a ‘relaxed’ programme in his brain, then going on to teach a rider to move the horses feet past any problems and focus purely on the aids, as opposed to worrying about the scary objects in the human world.

In between the training sessions the live twitter feed came to life, with questions for Tristan from the crowd – including a proposal for a horse/husband swap!

Next, the legendary Michael Klimke started teaching horse and rider combination Nicola Buchanan and 6yo Halfmoon Dark Magic on the subject of ‘nurturing talent’ and ‘spookbusting’, with the main focus being on teaching the horse to maintain a relaxed and stretched frame throughout all transitions and movements. Michael helped Nicola with spooking, by putting her on a circle where the problem was, and asking her to ride quick transitions to get her horse listening to her again. Michael ensured that Nicola finished on a good note, even if it meant repeating the exercise a few times until the horse relaxed – then, lot’s of praise!

Questions for Michael included “what is the perfect stretch?”, he said the aim is to get the stretch into the hand, with a little weight in both hands all the time. Also, to stretch out the neck muscles and allow the horse to be supple and loose.

After the first break, and a very successful book signing from Carl on the Horse&Rider stand, our first competition winner came into the arena. Bex Read was riding her 19.2hh (yes, you read it right!) gelding Raiph. Carl started by assessing the combination, and then begun to work on the pace he felt needed the most work, the canter. He encourages Bex to get off his back, to encourage a more open pace with more rhythm. Carl told Bex to use her outside leg to ask for canter, as this is what she will use to teach Raiph his flying changes later on. Carl then worked on halt transitions, he explained how the smaller the walk, the more balanced the horse is and the easier it is for them to halt correctly.

Our second winner, Leah Beckett was next into the ring – riding the very smart homebred 15.2hh Renoir. Richard started first to work on the tension in the horse, pointing out that even though he was scared he was still bending his hindlegs, which is a good sign. Richard says that sometimes you need to sit more forward and vertical, and let your legs hang down more, to allow the horse’s ribcage to move and swing. Richard ended full of praise for Leah and her riding, saying she could be a top rider with her adaptable position and detailed riding.

Carl’s rider Amy Woodhead was next into the arena, Carl explained when you get a horse to the point where you can always reward it rather than telling it off, then your doing it right. Richard then rode a new horse – and talked the audience through what he looks for in his horses and the assessment that he makes when he looks for a new horse.

In the evening performance, the amazing Stephen Clarke graced us with his judging expertise – whilst Tahley Reeve-Smith rode through an Advanced Medium test in the arena. He then explained the few areas that would really boost her marks, including her medium paces, which needed to be freer, and have clearer transitions.

Stephen then joined Michael Klimke and Richard Davison on stage for a Q&A session. Michael raised his concerns over the international judging system with FEI Judge General, Stephen Clarke. There was a lively discussion over the issue of widely varying marks given by different judges during tests, particularly at the 2015 European Championships at Aachen.

After a lovely breaking demonstration from Tristan Tucker, the fabulous Laura Tomlinson stunned the arena with her performance. Riding a slightly nervous 7yo mare she explained about engaging the hind end and building strength, short bursts of good work and lots of breaks are key for this. Laura also showed the audience how to achieve the ‘on and back’ in canter, to again help build the horses strength and maintain a good responsive ride. Finally, during our last Q&A session of the day, we found out that Carl locked Laura in a feed room when she was little, and forgot about her… maybe that is a training technique!

Tristan Tucker kicked off day two with a session focussing on dealing with prize givings. One of his International Grand Prix horses, Thriller, was the model. Thriller used to struggle with prize givings, so Tristan started off by reminding everyone about the relaxation pattern, which you should get the horse into before you go into the ring. Tristan explained how the prize giving is like an exam, we need to teach them the answers to people clapping and cheering, not just the answers to piaffe and passage, etc. By using the crowd’s very well trained clapping abilities, Tristan then showed everyone how to get the horse out of the running away pattern by reinstating the relaxed pattern instead.

Michael Klimke was back in the ring for the next demonstration, working with Suzannah on stretching her horse into a nice long frame and a relaxed rhythm. Before picking her up and doing some work on upper body control, and how it influences the horses movement.

The highlight of Sunday for many of the female members of the audience was the auctioning off of Tristan Tucker after the raffle, with funds going to Claire Lomas spinal research charity – the total came to £800!

In the afternoon there was another session with Richard and Carl teaching, with a focus on contact. The day ended with a stunning performance from Fiona Bigwood on her 10yo GP horse Tilly. Fiona demonstrated a selection of moves and explained how she keeps her horses supple and light by moving their bodies, similar to Tristan’s relaxation theory.

All in all the weekend was a huge success, with feedback on Twitter such as:
“Forget “Strictly Come Dancing” – Fiona Bigwood and Tilly – A-ma-zing!!! @dressageconvent @HesterDressage @davisondressage #TDCtalk”

“Loving all the tips from #TDCtalk from @HorseandRiderUK -Thank you!”

“Wonderful day @dressageconvent so much to take away & learn! Watch out Quinn we have a lot to work on #TDCtalk”

For more information on The Dressage Convention, see: www.thedressageconvention.co.uk 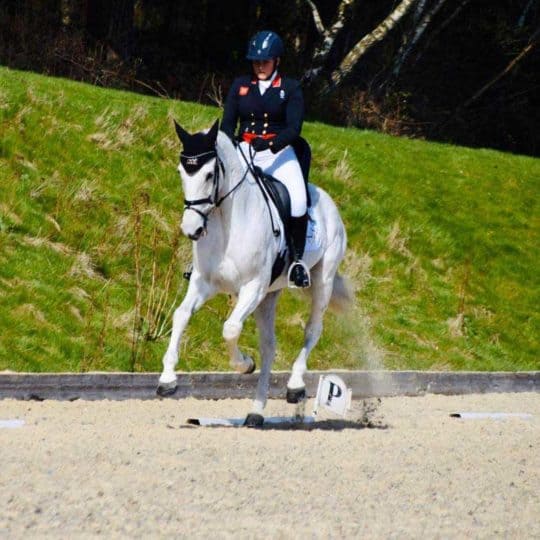