My Account
Home News The greatest racehorses of all time

The greatest racehorses of all time 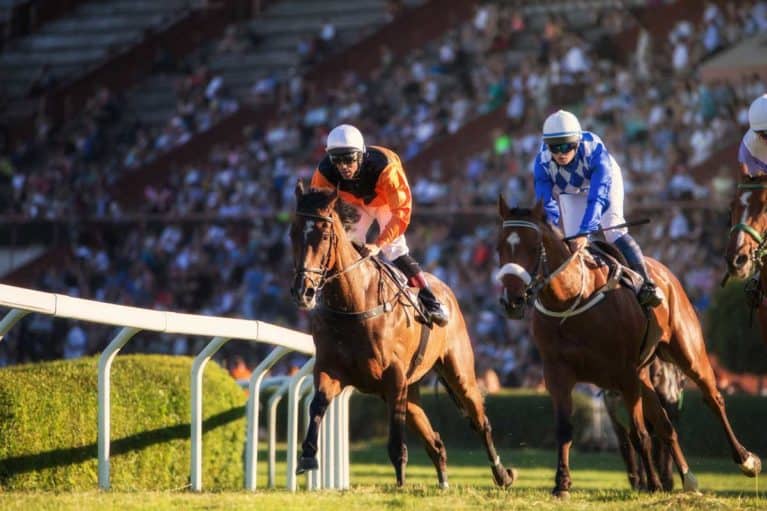 With so many talented racehorses to choose from, making your list of the top spots isn’t easy. Here’s our pick of the greatest equine athletes of all time

Truly great racehorses always live in our memories. They don’t fade easily, as their dominant performances in some of the most prestigious racing events make a big impression on us. We can’t stop talking about them following their wins, even years on, too – especially around the time of any famous racing event, as fans remain active on horse-bettors.com, when we tend to eagerly discuss these horses with fellow fans. So, without further ado, let’s get into our list of the best of the bunch…

There’s no way that anyone can make a list of famous racehorses without mentioning Secretariat. His extraordinary success in the US Triple Crown in 1973 immortalised his name in the industry.

This amazing horse stunned everyone by setting age or track records in all the prestigious three-year-old events in America. No other horse in the history of the Triple Crown has ever been able to match the winning margin of 31 lengths set by Secretariat in the Belmont Stakes. It looked like he belonged to a different league and there was no one who could reach his levels.

After claiming the Marlboro Cup, Secretariat became the 13th horse to win over $1million in the history of Thoroughbred racing.

It’s a great shame that this amazing horse’s owner didn’t let him compete in the US Triple Crown.

Man o’ War won 20 of his 21 career races and is widely regarded as one of the greatest racehorses of all time. He was trained by Louis Feustel and he earned $249,465 throughout his career.

He was rightly named Man o’ War because he was a ferocious horse who destroyed his opponents on the field. His weight-carrying performances were famed and they helped revitalise horse racing in North America. He was later inducted into the National Museum of Racing and Hall of Fame in 1957.

After he retired to stud, he sired War Admiral who achieved the feat that his father wasn’t allowed – he won the Triple Crown.

Winning the American Triple Crown is a great achievement, but winning it without losing beforehand is something else entirely. Seattle Slew has the distinction of being one of two horses who claimed the Triple Crown while remaining undefeated. He won several awards in his career, which also included the 1977 Horse of the Year.

In 1978, he recovered from a career- and life-threatening illness, stunning everyone at the Marlboro Cup by not only winning the race, but almost breaking Secretariat’s world record.

The great horse later became an outstanding sire whose famous descendants include California Chrome and Orb.