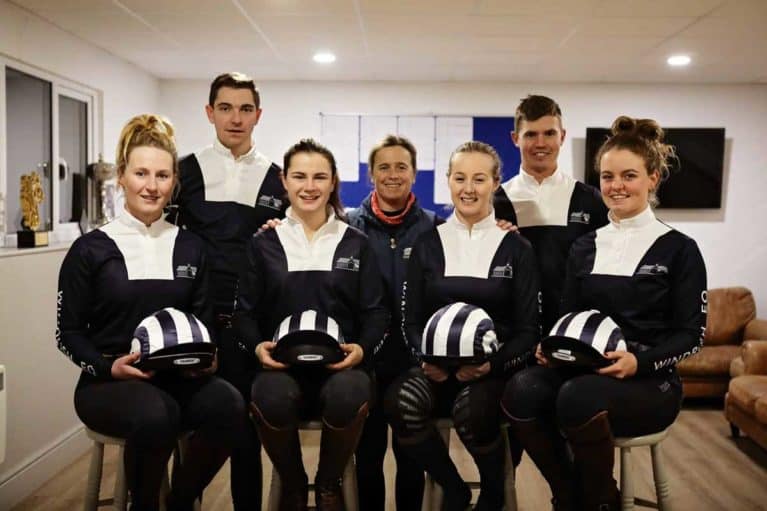 Following the COVID-19 pandemic wreaking havoc on the event season this year, The Windrush Equestrian Foundation has decided to offer its current riders a second year on The Young Eventers Programme

The Windrush Equestrian Foundation will offer its current class a second – this time hopefully full – season in 2021, where they’ll be able to enjoy training from Pippa Funnell and support from Yogi Breisner. The next round of selections will take place in July 2021, and there won’t be another intake this year. Based in Switzerland, the Young Riders Academy will continue to provide high-quality education in sports psychology, team building and management, business and economics, marketing and promotion and the legalities of running a business.

Mariachiara Apruzzese, the CEO of The Windrush Equestrian Foundation, says: “We’re very excited to be able to offer this opportunity to our class of 2020, and are very much looking forward to having them for another year – and actually getting to see them compete!”

The riders enrolled for another year are…

Alica Hawker (UK) has successfully worked up through the Pony, Junior, Young Rider and CCI3*–5* levels. She now competes internationally at CCI5*, and she rode around Burghley for the first time in 2019, finishing 16th with Charles RR.

Connie Copestake (FR), a 20-year-old international event rider who’s based in South Lincolnshire. She was 2014 British National Junior Champion, and a member of the 2015 French Young Rider European Squad.

Max Warburton (UK) is based at his family farm near Brize Norton in Oxfordshire. He has a string of 12 horses and hopes to make his Team GB debut at the 2020 CCI3* European Cup.

Will Furlong (UK), based at his family farm, was 2015 Individual and Team Young Rider Europeans Gold medallists and the U25 British National Champion in 2017. He stepped up to CCI5* at Badminton in 2018, jumping clear in the cross-country.

Those on the part-time programme for their second year are…

India Wishart (UK) is an Oxfordshire-based event rider, representing Great Britain at the Young Rider European Championships in 2016, where she finished in the top 10. She’s also a First Class Honours graduate from the University of Birmingham.

Lorenzo Monachesi (Italy), based with Tim and Jonelle Price, moved to the UK from Italy to pursue an eventing career. He’s competing at Intermediate and CCI2*, and has his sights set on an Italian senior team place.

Yasmin Ingham (UK) is currently the 2019 U25 British Champion. She’s previously won the Individual and Team Pony European Gold medals, as well as the National Junior U18 and Young Rider U21 Champion titles. She stepped up to CCI5* in 2018.