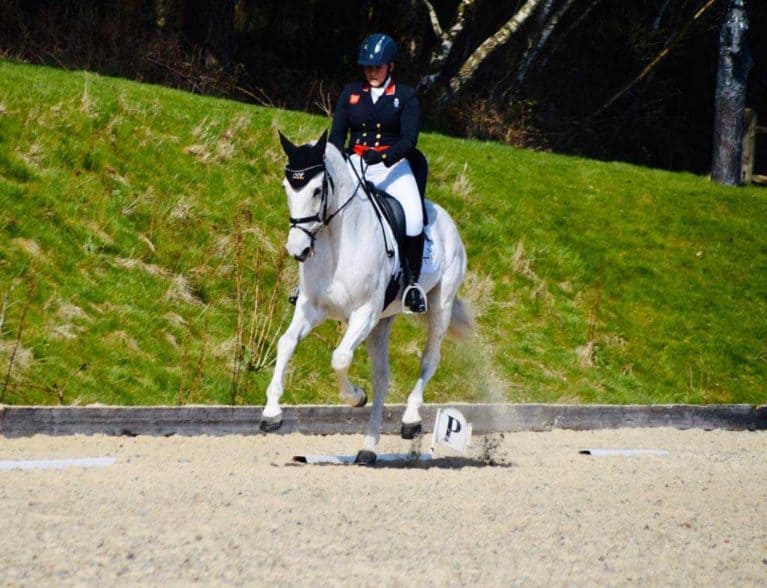 Following its livestream running from 6–10 May, Virtual Eventing, supported by NAF, has raised an extraordinary £178,500 for the NHS and medical charities fighting COVID-19 around the world

More than one million equestrian enthusiasts tuned into the Virtual Eventing livestream over its five days to watch 50 world-class event riders take part in a variety of challenges to simulate Badminton Horse Trials – meant to have run over the same long weekend.

From roller skates and snorkels to stilettos and stethoscopes, William Fox-Pitt – dressed as a nurse – and Gemma Tattersall – as a unicorn – collected the HiHo Silver best-dressed awards at trot-up following public vote on Facebook. Next came the dressage, which saw Laura Collet and London 52 in the lead after the second day, with a fantastic score of 24.9.

Cross-country was made up of an obstacle course on foot with each rider having a dog, teddy bear or, in the case of Australian Olympian Megan Jones, a Shetland pony in tow. Clear rounds were severely lacking, with refusals and falls left right and centre. Frenchman Sebastien Cavaillon took the lead, with Gemma Tattersall in second and GB rider Matt Heath in third. Finally, the showjumping – this time done on bikes – saw Britain’s Kirsty Chabert, sixth after dressage, produce a perfect round to put pressure on the top five. Gemma Tattersall slipped to fifth, and Sebastien Cavaillon – last to go – dropped to seventeenth after both his feet hit the ground.

Wiltshire-based Kirsty was crowned the winner, she said: “I feel terrible for Sebastien and certainly never thought I would finish on my dressage score! It’s really important we do our bit for the NHS and medical charities. They’ve helped riders on numerous occasions by picking us up of the floor, so it’s the least we could do for an amazing cause.”

17-year-old Archie Smith-Maxwell topped the individual fundraising podium with a phenomenal £25,000 raised. French team Arthur Chabert, Sebastien Cavaillon and Tom Carlile collected £5,619 for Foundation de France. Generously donated lots made the silent auction a popular attraction, with staycations, lessons and luxury items up for grabs. It raised another £41,331, and spectators were able to enjoy a variety of Virtual Eventing merchandise and tradestands, too – with all proceeds going to charity.

Rachel Wakefield, organiser of Virtual Eventing, commented: “Eventing has a big community of competitors and fans, and it’s been amazing to see how our sport has united. I never anticipated the support we’ve had, and to raise nearly £180,000 – it’s exceptional.

“My thanks must go to our riders and their owners, auction donors and sponsors. Without their support, this wouldn’t have been possible.”