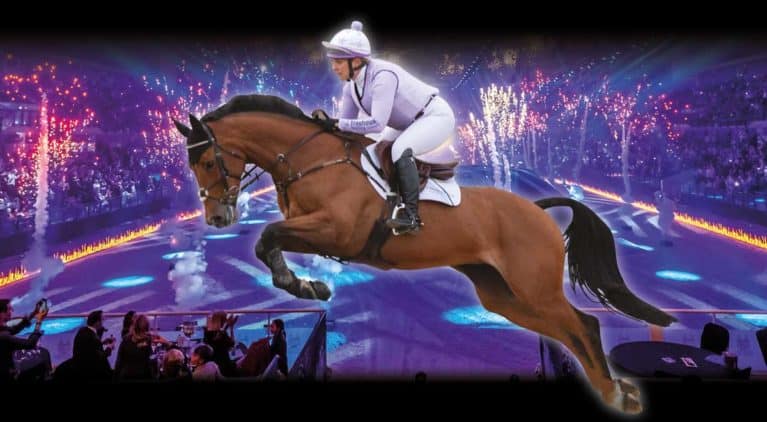 The jumps will stand at a whopping 1.25m, with an optional 1.35m joker for the ultimate thrill. There’ll be three seconds added for each fence knocked down, so audiences will enjoy watching riders put themselves and their horses up against the clock for a chance at that sought-after win.

With the second leg taking place at the Equitop Bolesworth Young Horse Championship in August, Nicky Hill and Kilrodan Sailorette won the top spot with an impressive performance that was then further supported their win at Hickstead in the summer.

20 household names including Polly Stockton, Emily King, Joseph Murphy and Andrew James will jump the testing track for their chance at winning this exciting final in December.

Nina Barbour, LIHS President, said:  “We were delighted with the success of the Eventing Grand Prixs at both shows, and can’t wait to witness the fantastic talent of Britain’s leading event riders indoors at Liverpool. I evented for a number of years, it’s a fantastic sport and the Eventing Grand Prix brings a new dynamic to the show, helping us round off the year in superlative style.”

Looking for more opportunities to get your eventing fix? Audience With sessions on Sunday 29 December offer fans the chance to learn from and interact with top riders including Mary King and Oliver Townend – and, if it’s a showjumping you’re after, Geoff Billington.

With hospitality that’s second to none, tickets to the LIHS make an extra-special present this year, with premium food and bar outlets and drinks flowing ‘til late.

For more information, or to book tickets, visit liverpoolhorseshow.com