Foals through the years 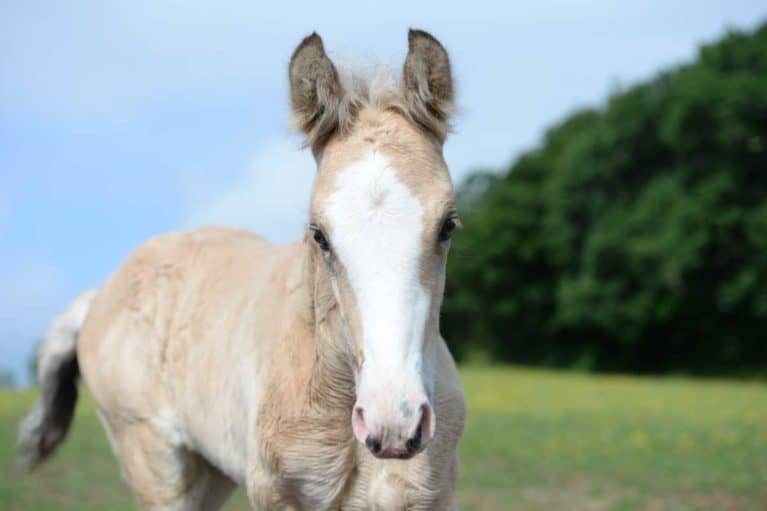 Every foal rescued by The Mare and Foal Sanctuary will need the best part of 30 years’ further care to ensure they have a safe home for life. So, the charity’s taking you for a whistle-stop tour through some of the foals rescued in days gone by to see how they’re getting on under the expert care of the charity’s dedicated yard and veterinary teams.

Found in 2013 and picked up just hours after his birth, Breeze had been rejected by his mother. He became really unwell and required life-saving care to get him on the road to recovery. Seven years on, he’s now progressing well with his training on the ground, having worked through his trauma with the sanctuary’s expert rehabilitation programme.

A member of the public contacted The Mare and Foal Sanctuary when they found one-week-old Arya alone on Dartmoor. Her dam was nowhere to be found, and there were concerns that Arya wouldn’t survive by herself. She was brought to the sanctuary where she was monitored closely. Four years later, she’s in training for the charity’s rehoming scheme. It’s hoped that she’ll go out on loan to a knowledgeable carer.

Arriving at the sanctuary as a three-month-old foal at foot, Jumanji’s dam was found among a group of 25 abandoned horses in South Wales. Several of the herd had to be put down due to the severity of their neglect, and most had extensive parasite burdens. In 2020, Jumanji now lives happily at the Coombe Park Sanctuary having finished her course of treatment for sarcoids. She’s used for in-hand work and grooming in the charity’s education and therapy programmes.

With her sick dam brought into the sanctuary while pregnant with Diangelo, the team provided round-the-clock care and monitoring – the grooms even slept in an adjacent room so they could be nearby should anything go wrong. Diangelo was born a healthy colt foal, and, two years later, stands at 16hh.

Brought into The Mare and Foal Sanctuary in 2019 with 100 other equines, the rescue was a joint effort with the RSPCA. Ice’s – Icon’s dam – neglect was extensive, and she was unfortunately put down as a result. Icon would spend his first Christmas as an orphan. One year later, he now lives at the Upcott Sanctuary with his new best friend, Vagabond.

As the charity welcomed its 1,000th rescue in the form of foal Teyah earlier this year, it’s become ever more important that charities like The Mare and Foal Sanctuary are able to continue ensuring the equines under their care receive the best quality of life possible – and that others in need can find a permanent, loving home, too.