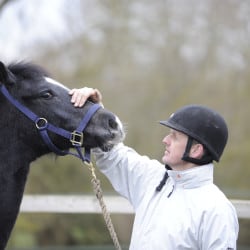 Napping can be scary, dangerous and frustrating. Michael Peace shows you how to deal with a nappy horse fairly and safely 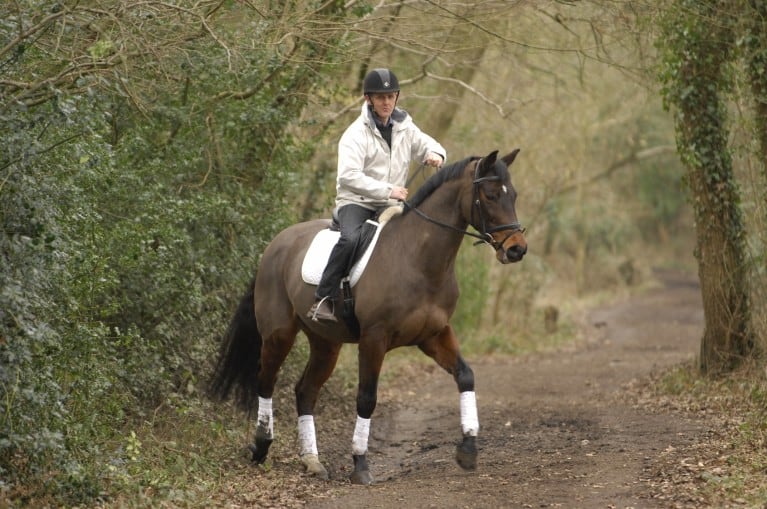 There are a few reasons why a horse naps. They might not like the way they are being ridden or not want to do what they’re being asked – they’re lazy, in other words! It’s our job to understand the reason and help the horse overcome it…

Chris told me that she hadn’t hacked Romeo out for a year in company, or for two-and-a-half years on his own!

As she said: “He just won’t go!” Apparently he’s good at dressage, but she still wants to hack him out happily without naps, swerves and the occasional scary rear.

Horses usually nap because they’re frightened – of the unknown, of leaving their friends or of something that’s scared them in the past.

Chris and Romeo venture out of the comfort zone of the school, and this is where the problems start.

Romeo starts looking at something to his left, and Chris has made two mistakes:

Because Chris is immobile, she leaves a void for the horse to fill with his own thoughts and actions. And she’s looking the wrong way…

Instead, she should be focusing straight down the line she wants to ride, which would hopefully direct the horse that way, too.

A split second later in the absence of some direction from Chris, Romeo has whipped around. Only now is she thinking that she needs to take some action, but it’s too late!

Romeo is saying it all – he has grabbed the initiative and is heading for home.

It’s a mind thing when it comes to horses staring at scary objects.

Try to replace, ‘Let’s both look at that scary thing!’ with ‘Come on, I’ll help you ignore it and move on’.

I get aboard and attempt to ride Romeo out of the yard. He doesn’t like it, he has set an ‘angry’ tail – the bone of his dock is rigid – and he naps to the left.

Even if a horse seems angry like this, it’s important you don’t escalate the situation. Don’t go in too hard and say: “You will do this.” Instead, say: “Just step this way.”

You can redirect him with your right hand raised and out. This encourages his off-fore to step up and back in line to come towards the camera.

His shoulder is coming up, his head is coming around and his anger is diffusing. In this case, I also use my left leg slightly forward to bump his left shoulder towards my right hand.

Basically, you’re catching the horse from doing the wrong thing and directing him back to where he should be.

Romeo eventually leaves the yard and I make a fuss of him, giving him big pats while making sure I give with the rein so he can move freely forward.

Some people don’t like this form of reward, but I have found horses do like really big pats – it’s like someone giving us a big, enthusiastic pat on the back. It’s like saying, “Come on, we’re doing it, let’s go!” and it enthuses the horse.

Make sure you pat the horse as soon as he has his energy going forward, and reach forward with your hands so you’re not blocking him with the reins.

Once I have dealt with all his evasions, several times, Romeo concedes that he’ll go through the water. His head drops, I part my hands so he can move on through them and we relax, with him saying, “It’s fine, it’s just a job.”

There has been no battle, no flailing around, it’s all been very rational: “If you do this, I’m going to do that.” I’ve given Romeo a level playing field and when he does what I want, I’ve made it far easier for him.

From a driving position, once he’s moving, I stay as light as possible, leaning forward or up out of the saddle so he can really feel the contrast between that and when he’s being ‘sticky’.

“It’s quite normal for horses to switch from one evasion to the other – just keep your cool and ride them accordingly.”

Riding a nappy horse the way I do in this feature doesn’t look very tidy and you’d not want to ride like this forever, but it’s effective. Even a rider like Mark Todd makes similar, quite obvious movements if he’s, say, approaching a fence on the wrong leg.

If a horse is well-schooled and everything is fine, you can look pretty and make tiny neat movements. When the horse needs exaggerated explanations – when he’s really saying ‘no’ – you need exaggerated movements.

Initially, I ride youngsters with big, obvious statements – they won’t understand movements if they’re too subtle, but that quality can be built gradually as they are schooled. 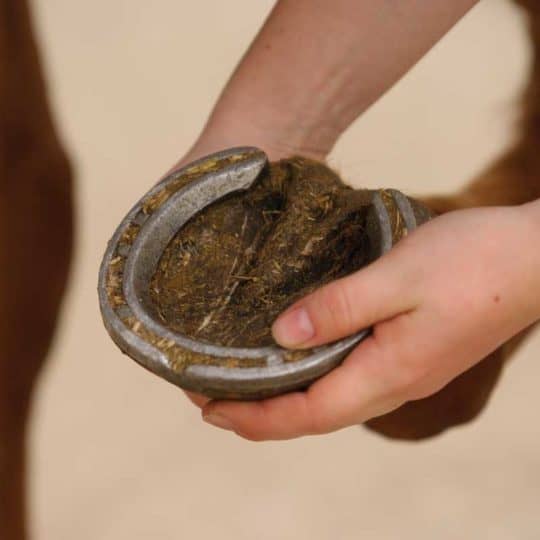