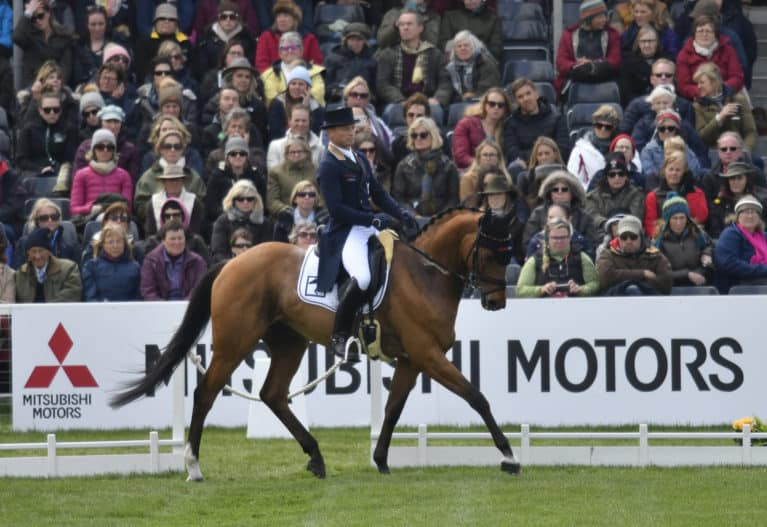 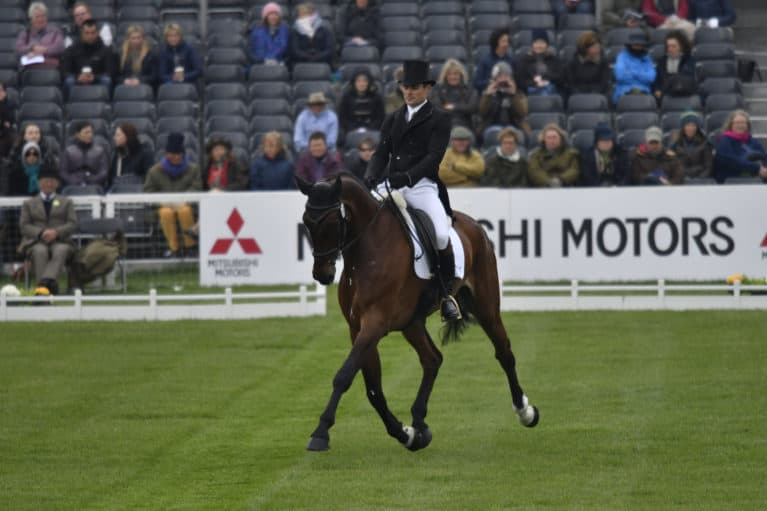 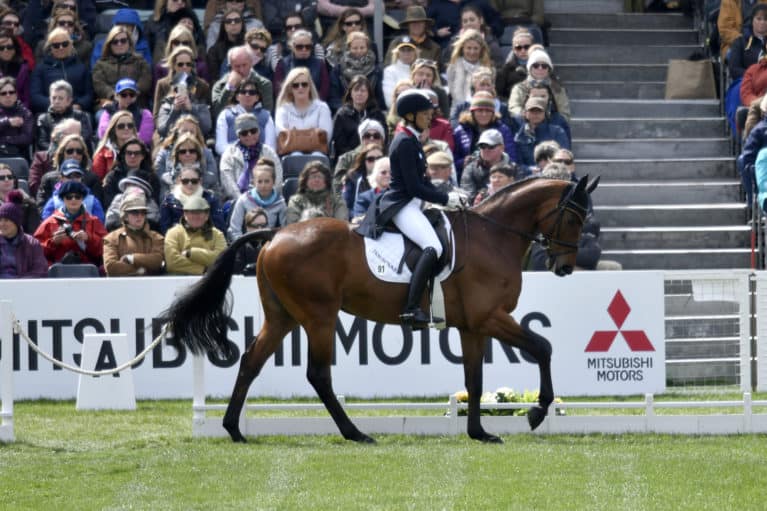 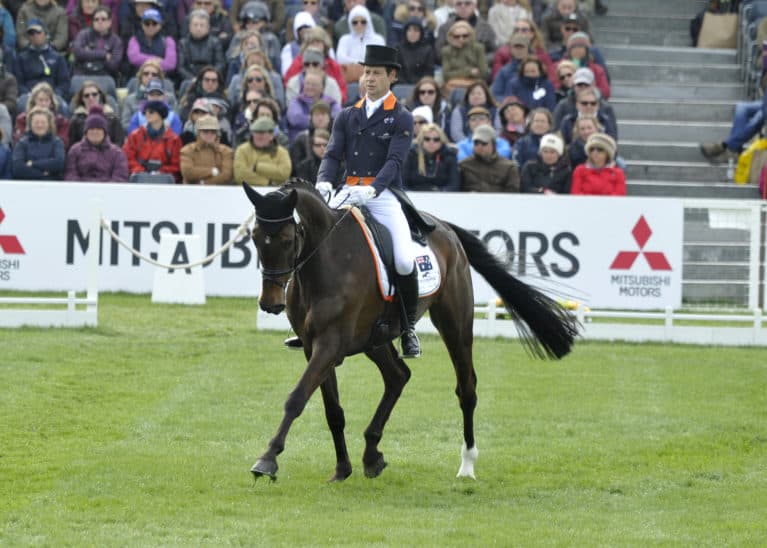 The foreign contingent dominated after a brilliant first two days of competition at the Mitsubishi Motors Badminton Horse Trials in Gloucestershire, which saw horse and rider combinations representing 13 nations battle it out for the top spot.

France’s Thibaut Vallette lead Thursday’s dressage, scoring 38.7 aboard Qing du Briot ENE HN at his first Badminton. Vallette, who is a trainer at the famed classical riding academy the Cadre Noir, impressed the three judges with his technically correct, flowing test, which showed off the horse’s expressive trot. His mark was low enough to place him ahead of odds-on favourite Michael Jung, who rode last year’s winner La Biosthetique Sam FBW to a respectable, if not earth-moving, score of 40, and Bettina Hoy, who posted a 39.2 aboard Designer 10. British hopes were led on the first day by Badminton first-timer Alexander Bragg and Tom McEwen, who each scored 44.6 to share sixth place.

The leaderboard was shaken up over the course of Friday’s competition, during which several hotly-tipped riders took to the ring. Six-time Belgian Olympian Karin Donckers piloted Fletcha van’t Verahof to a 37.3, which was enough to hold the lead until the lunch break. Afterwards, however, it was all change again: local rider Jonty Evans, who rides for Ireland, squeaked ahead by a tenth of a point on 37.2 with Cooley Rorkes Drift. He described the Irish Sport Horse, with whom he finished in ninth place at the Rio Olympics, as his “horse of a lifetime” in an emotional interview after his test. Meanwhile, Germany’s Ingrid Klimke and Horseware Hale Bob OLD had headed down the centreline to start their test, which would earn her a 36.4 and for an hour or so, the lead. But a late contender would push her from the top spot: Australia’s Chris Burton, who is based in Surrey, eclipsed the field with a 32.9, aboard Graf Liberty, his only ride in this year’s competition after TS Jamaimo was withdrawn prior to the first trot-up. This impressive score is the third-best score in Badminton history – and, when posted by the rider dubbed ‘the fastest cross-country rider in the world’, should make his competitors feel the pressure ahead of Saturday’s competition. British hopes are still jointly held by Bragg and McEwen, who now occupy 17th place.

But Badminton has never been a dressage competition – it’s all to play for tomorrow, when the riders take on Eric Winter’s hotly discussed new course, starting at 11.30am. Don’t miss our cross-country preview tomorrow morning, where we’ll examine the potential problem fences on course and tell you which rounds you can’t afford to miss. Making the trip to catch the action? Don’t forget to visit us in the World of the Horse pavilion, where we’ll have the latest issue of the magazine, fab competitions, celeb signings and show-exclusive subscription offers. Can’t make it but still want to stay up-to-date? Be sure to check out the Badminton website for live results, and keep the Horse&Rider website bookmarked for news updates, behind-the-scenes stories, and loads more. Still can’t get enough? Check out our Facebook, Twitter and Instagram pages for tons of great extras, interviews and all the Badminton gossip you want.

THE TOP TEN AFTER DRESSAGE: