My Account
Home News Burghley 2018: Townend leads from the start in first day of dressage

Burghley 2018: Townend leads from the start in first day of dressage 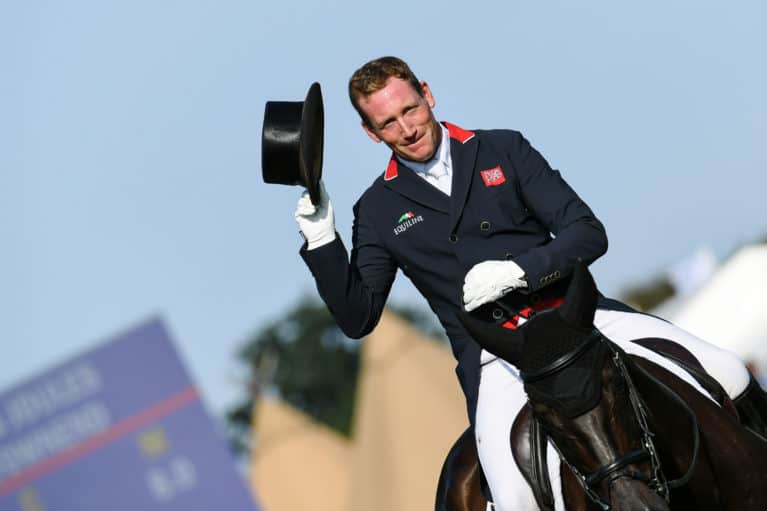 Day one of dressage at Burghley saw a number of good performances, but one rider quickly stole the limelight. Find out what happened.

British riders dominated on the first day of dressage at the Land Rover Burghley Horse Trials, taking seven of the top ten placings.

Out of Oliver Townend’s three rides here at Burghley, MHS King Joules might not be the bookies’ favourite to deliver him a back-to-back victory. However, that, and the fact he was first into the area, didn’t stop him notching up an impressive score of 27.2 – over four penalties lower than his score at Kentucky in the spring, where he finished seventh. Over the course of the day, many riders tried to over-take them, but nobody succeeded.

Hot on Oliver’s heels, though, is Sarah Bullimore. Just 0.1 of a penalty behind, she and Reve du Rouet are yet another long-listed combination who are making up for not going to WEG by bringing their A-game to Lincolnshire. Another is Harry Meade and the relatively inexperienced Away Cruising. Despite the grey gelding’s high-jinks in the first horse inspection, Harry was able to improve on their dressage score from Badminton (33.5) to slot into third place with 29.5.

Piggy French and Vanir Kamira will have come to Burghley with a score to settle. Last year they lost out on the top spot by just 1.3 penalties, having to settle for second place behind Oliver and Ballaghmor Class. A classy dressage test has put them onto a good start, but it’s likely that their cross-country speed will have to balanced with caution, as Piggy will be jetting off to North Carolina in a few weeks’ time and won’t want to risk an upset.

After nearly missing Wednesday’s horse inspection, Mark Todd’s comedy of errors continued when he made two errors of course during his test with NZB Campino. “I’m putting it down to onset dementia,” was his rueful explanation. However, this didn’t stop them from scoring 30.4, leaving them in sixth overnight.

With plenty more top horses to go on Friday, including two more from Oliver Townend, it’s likely the leaderboard will get quite a shake-up before the cross-country on Saturday. However, here’s how things stand after day one of dressage…