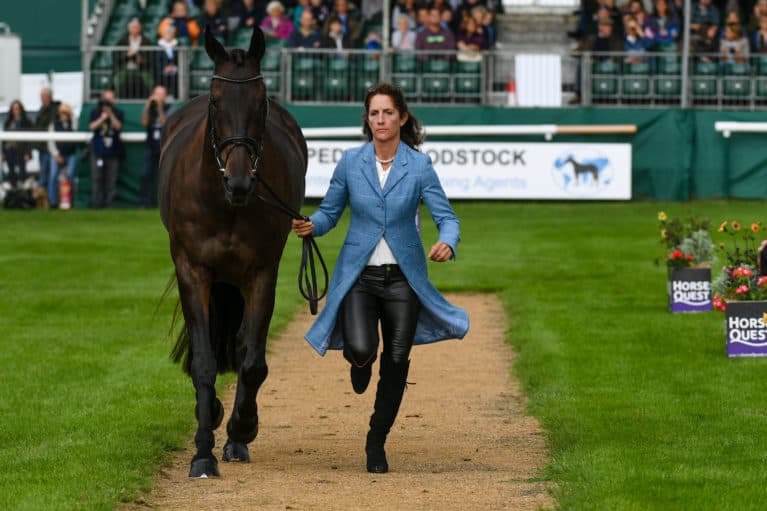 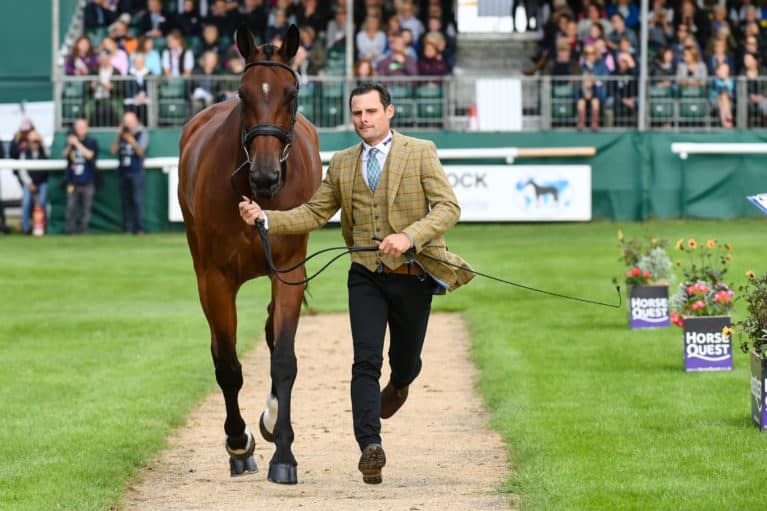 The Burghley trot-up yesterday afternoon was its usual array of fabulous outfits and horsey high-jinks. Here’s what happened

Wednesday’s trot-up is the first hurdle to overcome for entrants to Land Rover Burghley Horse Trials. A total of 72 horses were presented before the ground jury of Angela Tucker (GBR), Dr Ernst Topp (GER),and Sándor Fülöp (HUN), but the afternoon wasn’t without drama or entertaining moments.

Two were sent to the holding box – Joseph Murphy’s ride Fernhill Frankie and Clelia Casiraghi’s ride, Verdi. Both horses were subsequently withdrawn, although Joseph still has Sportsfield Othello to compete.

Credit must go to Harry Meade, who valiantly kept control of Away Cruising when the grey gelding decided to channel the Lipizzaners of the Spanish Riding School with some impressive airs above the ground. However, they still managed to pass the trot-up without a hitch.

You’d think that after this many years in the sport, Mark Todd would remember to turn out for the trot-up. However, spectators were in for quite a shock when NZB Campino appeared to have swapped riders at the last minute, as fellow Kiwi Tim Price presented him to the ground jury. Luckily, Toddy arrived just in time to present his second ride, Kiltubrid Rhapsody.

For many riders, international trot-ups are as much a fashion catwalk as a way of presenting your horse for inspection, and this year’s outfits certainly didn’t disappoint. There was the usual arrays of suits, long boots, fedora hats and capes, but special mention must go to Austrian competitor and Burghley debutant Katrin Khoddam Hazrati, who presented her chestnut mare, Cosma, wearing a traditional dirndl.

Kiwi rider Caroline, who was presenting On The Brash, teamed a knee-length blue coat from Butler Stewart with a white top, leather-look trousers from Holland Cooper and black, over-the-knee boots from Fairfax & Favor.

Alexander Bragg, who was long-listed for the World Equestrian Games for Team GB with his Burghley ride, Zagreb, was channelling his inner country squire with a tweed two-piece suit from Timothy Foxx, black trousers and a colour-coordinated blue tie.

The first day of dressage is currently underway, with Oliver Townend and MHS King Joules in the lead with 27.2 going into the lunchtime break.