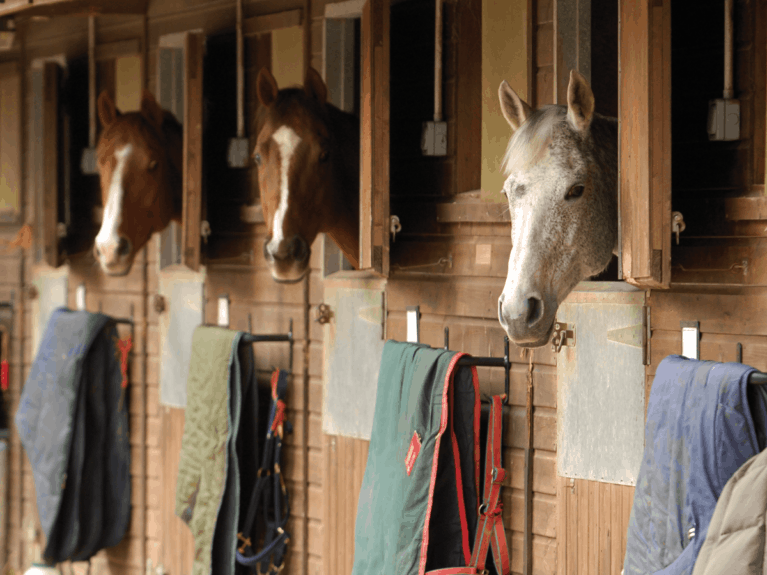 At every yard you visit, you’re likely to spot a familiar cast of equine characters

The one who’s growing old disgracefully

He’s been out and done it all, but the fact he’s entering his twilight years doesn’t seem to have occurred to him. Any attempts by his owner to dial down his workload are met with intense disapproval and a bucking fit.

Often found… Pretending to spook at invisible monsters, hopping the paddock fence or generally setting a bad example for the younger generation. The one who’s a jack of all trades

He may be the master of none and not have many red rosettes to his name, but this saint of a horse has something to offer the whole family – even non-horsey Dad is secretly a fan and can’t resist a quick fuss when he thinks nobody’s looking.

Often found… Taking the kids to their first Pony Club rallies, pootling around the lanes with Mum or giving pony rides to visiting friends and family. The one who’s always off work

You can’t actually remember the last time you saw this horse being ridden. No sooner has his owner reached for her riding hat after he’s recovered from his latest ailment, then he comes in from the field on three legs or is struck down with a mysterious virus. Luckily, she has the vet on speed dial.

Often found… Tucked up in his stable on box rest, being trotted up for the vet or heading off for his next scan at the equine hospital. The one with the Napoleon complex

Despite the fact he’s probably the smallest on the yard, this little guy sees himself as having the stature of a Clydesdale. Nothing can stop him doing what he wants, not his short legs, his companion status or the fact he can’t actually see over his stable door.

Often found… Bossing around the bigger horses, terrorising small children or doing his best to make sure everybody knows who’s really in charge. The one who’s spoilt rotten

There’s no cheap chaff or second-hand kit for this horse. He has a new rug for every season, whether he needs it or not, all his tack is top-dollar and he turns his nose up at any feed that isn’t premium brand.

Often found… Sporting a new matchy-matchy outfit, enjoying his weekly massage or lounging in his stable because it’s too hot, cold, wet or muddy to venture outside. The one who’s a massive drama queen

Everything that happens to this horse is a very big deal. If he’s to be believed, seemingly harmless objects – a feed bag, a shavings fork, the yard cat – are actually out to get him. And let’s not even get started on the horse-eating gremlins he knows are hiding in wheelie bins.

Often found… Snorting like a dragon at a suspicious-looking daisy, making a fuss because his owner’s changed his feed or squealing when another horse comes too close to his stable. The one who’s a bit of an overachiever

This horse and his owner are out competing every weekend and always manage to come home with some sort of silverware. He’s impossibly handsome, fantastically well-mannered and the envy of everybody on the yard. If Carlesburg made horses…

Often found… Modelling his latest rosettes, being photographed for another show round-up article or having a cuddle with one of his many adoring fans.