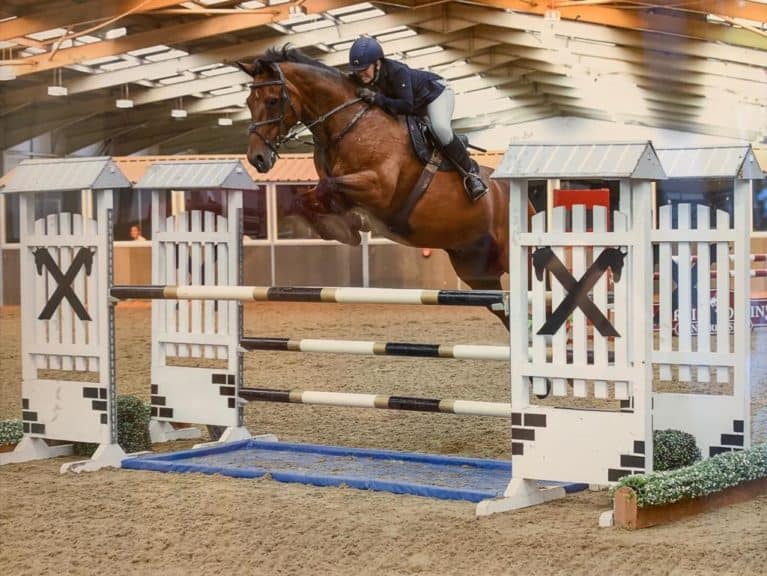 Qualifying for HOYS is no mean feat, whether showjumping or showing is your game. However, getting one horse to both categories is virtually unheard of – in fact, it’s only ever happened once. Vicky Mitson, Commercial Director for Science Supplements, has managed to double that statistic.

Vicky and Buster, a 17 year old Irish bred gelding, only took on the showjumping ring for the first time this year, although their extraordinary showing record precedes them. They’ve qualified for HOYS every year since Vicky took Buster on in 2012. They’ve competed at the RIHS 14 times, including a win in the Lightweight Working Hunter Championship in 2014.

Vicky said: “We only started competing in showjumping this year, after Derek Morton noticed how much Buster loved to jump and observed just how careful he is. I decided to give it a go and have some fun with Buster.

“He loves his job and is always the first horse up the ramp onto the lorry. He literally comes alive at shows and clearly likes his time in the ring. In fact, he was so exuberant in the qualifier he nearly jumped me off – so as long as he’s happy to compete, we’ll keep going.

Vicky and Buster have qualified for the Bronze League Showjumping and Working Hunter Final – in a bizarre twist of fate, they even fall on the same day. Best of luck to Vicky and Buster!