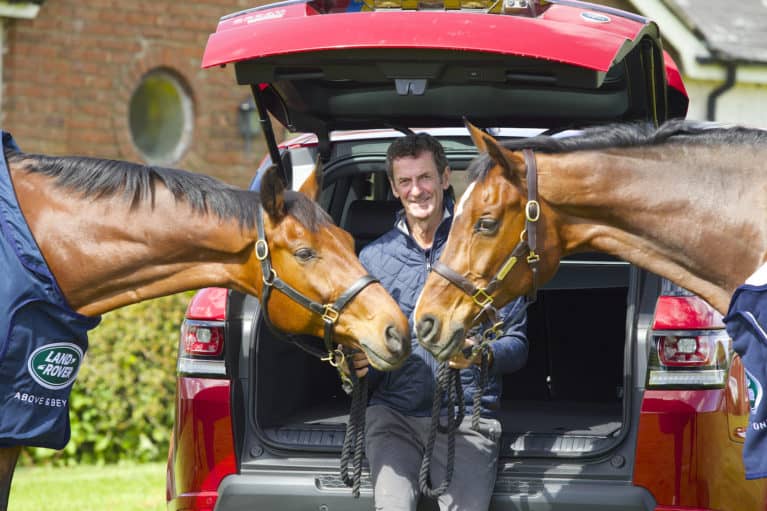 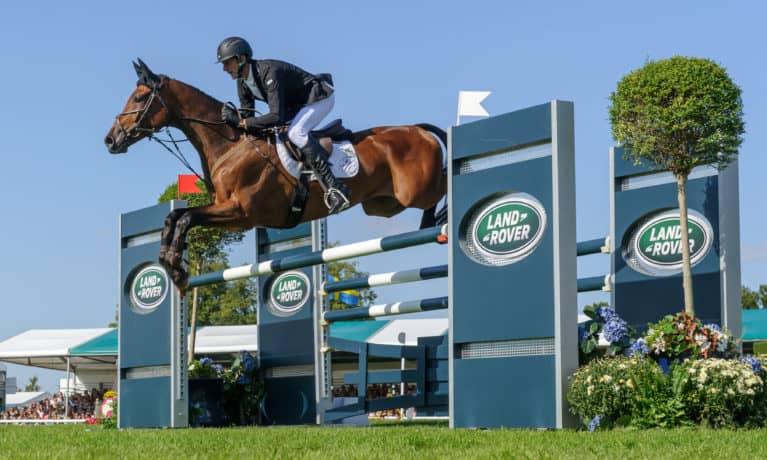 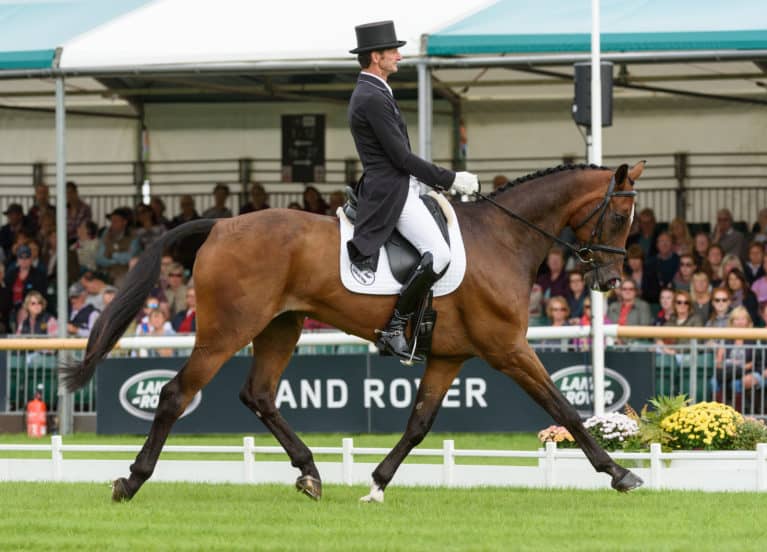 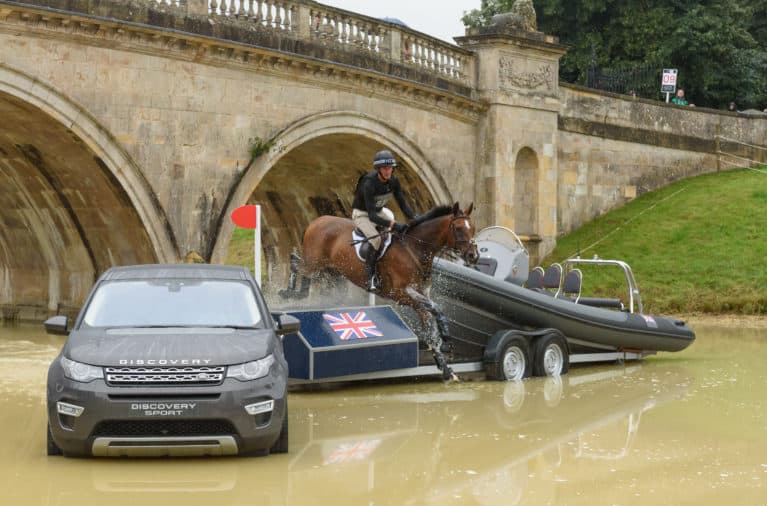 Hometown: Cambridge, New Zealand, but based in Swindon, Wiltshire

Notable achievements: Four-time winner of Badminton, five-time winner of Burghley, Olympic gold medalist in 1984 and 1988, three-time medallist at the World Equestrian Games and FEI Rider of the 20th Century

Sir Mark Todd is a legend of the sport of eventing, with a career spanning nearly 40 years and innumerable accolades. Named Rider of the 20th Century by the FEI, he has seen the sport go through major structural changes. Now, at 61, he continues to top leaderboards with his string of horses, and also trained the Brazilian eventing team in the lead-up to the 2016 Rio Olympics. Lucy Turner sat down with him to discuss the future of eventing, the goings-on at his Wiltshire base, Badgerstown, and what it really takes to get to the top – and stay there.

H&R: Did you always intend to be a professional event rider?

Mark Todd: Not really – I always thought riding would be this fabulous hobby that I was fortunate enough to do at a fairly high level. Even after winning Badminton in 1980, I still thought I was going to be a farmer, that I’d have my bit of fun out eventing and then settle down and do a proper job. I tried that for a few years, and then realised that farming wasn’t what I wanted to do, so I went back out eventing. This was in about 1983, and it went from there.

Since your international debut at the 1978 World Championships, eventing has undergone some major changes. What do you think of the modernisation of the sport?

I think the biggest change is that eventing has gone from the long format (incorporating roads and tracks and steeplechase phases) to short format. It’s changed the type of horse you need, and the whole dynamic of the sport. This hasn’t always been for the best, but I do think horses tend to last longer now as the short format is easier on them, so that’s a good thing.

There have also been all kinds of changes in course design. The trend at the moment appears to be going back to more traditional big, bold courses, and getting away from the very tricky, narrow, angled fences that have been so prevalent over the last few years.

I don’t like what the FEI is doing in changing the World Championships to a CCI*** competition rather than a CCI****, nor do I agree with the change in Olympic format, which means that there will now be only three riders on each team, with no drop score. I just can’t see how it’s going to work. There’s that old adage: if it’s not broken, don’t fix it.

What do you think needs to happen next?

It’s hard for me to say, because obviously I’m at the tail-end of my career and, taking a more traditional view of the sport, it’s hard for me to know what the younger generation wants. Their values may be totally different to those of us who have been in the sport a long time.

Personally, I don’t like seeing the amount of changes I’ve seen, but I do agree that it’s important to make certain changes to try to make eventing as safe as possible. But then again, I think a lot of the responsibility for safety has to come down to the riders themselves – it’s not the course builder’s job to look after them.

Do you think that building safer courses makes riders too complacent?

Sometimes I think that the safer they make the fences, the more risks riders take at them, which achieves the opposite effect to what the course designer wanted. If you stick a big upright gate in the middle of a field, most riders will approach it really sensibly, but one or two of them will take a silly risk at it and end up tipping themselves up. Then, the reaction is usually that the fence is dangerous and the course designer made a bad decision. Riders have to be responsible for how they ride – it can’t always be blamed on the fence or on the course designer.

You mentioned that the horses you ride for short format eventing are different to the ones you rode for the long format. What are the differences, and what type of horses do you ride these days?

I used to ride mostly Thoroughbreds. I don’t know if they’re more intelligent, but I find that they think for themselves a bit more than the warmbloods. With a warmblood I find I definitely have to do a lot more, and think a lot more for them. They don’t have the same instinct to get themselves out of trouble that Thoroughbreds do, particularly when they start to get tired.

Having said that, modern eventing doesn’t require a full Thoroughbred horse. The long format really suited the breed because of the endurance element. Personally, I still like to ride horses who are at least 60% Thoroughbred, although there are always exceptions – NZB Campino is less than 30% Thoroughbred, and he’s done alright for himself! The ideal modern sporthorse would combine the best of both the Thoroughbred and warmblood influence.

Are there any particular qualities you look for in a horse?

Intelligence! I like horses who are in good balance themselves. If you’re having to put your horse into balance all the time then you’re doing too much – a horse that balances himself tends to think for himself, too. Riders never get things right 100% of the time, so it’s really important that your horse has the instinct and the balance to get himself out of trouble if you mess up. It’s also important that they have a good brain for the dressage, so they’re really a jack of all trades. To be a top eventer, they’ve got to have many good qualities – but I like to start with a good brain.

Moving on from horses to riders, who do you think are the ones to watch for the future?

I’ve got a young Brazilian who’s based at my yard – his name is Rafael Losano and he’s only 20, but he could end up becoming very good. The young riders these days all ride pretty well, but I have to admit that I don’t know who half of them are! Tom Jackson rides very well, as does Tom McEwen. In terms of some of the more established riders, Michael Jung, William Fox-Pitt and Chris Burton are the ones to watch and learn from. The wonderful thing about this sport is you never stop learning.

Do you have any pet hates that you see commonly see riders doing out competing?

I hate seeing people abusing their horses, and you see that occasionally with some of the younger riders who go so fast and ride recklessly across country. In fact, there have been a few occasions when I’ve taken it upon myself to give them a talking to. That might be pretty scary for them, but that’s the whole idea ­– they scare the life out of me when they ride like that.

You balanced competing at the 2016 Rio Olympics with coaching the Brazilian eventing team. How did you find the experience?

My official title was Technical Advisor, because I trained them leading up to the competition, but I couldn’t train them once we got there as it wouldn’t have been fair on them or myself. Part of my job was to put in place the trainers who would help them throughout the Olympics. They had a dressage trainer and a showjumping trainer, and I walked the course with them and kept a bit of an eye on them while I was there. When you’re at something like the Olympics, you only have one horse to ride – because I’m used to riding multiple horses, I had a lot of free time, so it worked pretty well.

During the season, what does a typical day look like for you?

There isn’t really a typical day in this job! Every day is different. I try to start riding by 8am. Some days I might ride three or four horses, other days I might ride seven or eight. Some days we have team training, or we go showjumping or cross-country schooling, or I might have to go and teach a clinic. I’ve got really good staff, who all get on and work well, and that makes my job a lot easier.

We really try to treat each horse as an individual. Leonidas, for example, lives out pretty much 24/7, which helps to keep him relaxed. He’s also allergic to dust and if he stands in a stable he can sometimes get airway infections, so living out really helps to combat that. Some of the young horses live out, too – the routine is tailored to suit each horse. I really believe in keeping it as natural as I can. I think it’s good for them mentally to spend lots of time outside when the weather is nice. In the winter when the weather isn’t great and they can’t be turned out as much they go on the walker in the morning to loosen them up before they’re ridden, and again in the afternoon if they have to stay in.

Which horses are you hoping to aim at the Land Rover Burghley Horse Trials?

I think probably Leonidas, as he likes Burghley. I took Campino last year and never expected him to be the type of horse who suits Burghley, but he surprised me by going really well. I’ve got a couple of young ones coming through who might be ready to step up to that level by the autumn, so I’ll have something there! Leonidas and Campino won’t do a lot of competitions between now and then – I usually plan to give them two, maybe three runs before a three-day. If possible, I’d like to fit in an Event Rider Masters leg with them. The younger ones will do a bit more to make sure they’re properly prepared for the step up.

Finally – what does it really take to get to the top?

These days, there are so many opportunities to watch the best riders in the world, be it in dressage, showjumping or eventing. If you can’t be there in person, you can watch most competitions online. If you’re serious about wanting to improve, you can watch these riders and really study them to see what they do in the saddle. If you’re at a competition, don’t watch these riders in the ring ­– watch them in the warm up. That’s where you’ll see what they do to get their horses to perform at their best in the ring. When I’m giving clinics, so many people come and have their lesson and then just disappear, but you can learn just as much by staying and watching other people being taught. Watching lessons and watching the top riders school and warm up is free tuition, and you can learn so much.

Sir Mark Todd is a Land Rover ambassador, landrover.co.uk. To find out more about Mark and his horses, visit marktoddeventing.com. For the original feature, check out the September issue of Horse&Rider, available here.

Have you got any burning questions for a top rider? Let us know in the comments and you could see it answered in a future issue!