Maggots can play an integral role in modern veterinary care for a variety of wounds in horses, concludes a new study… 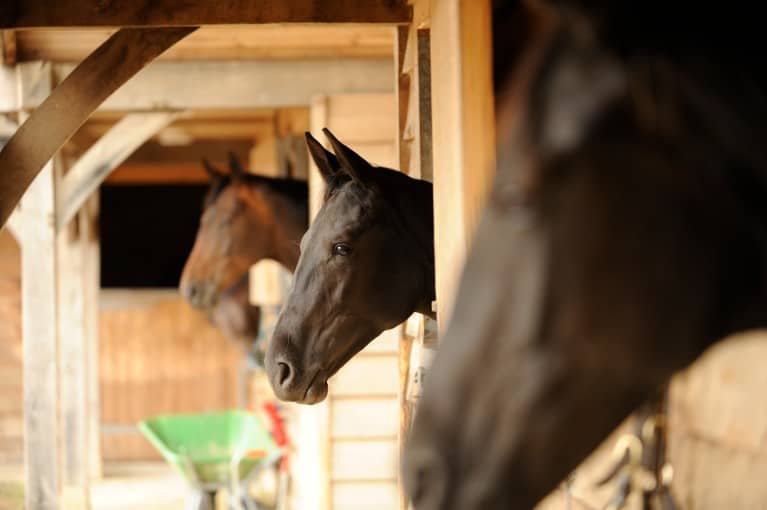 A new study, published in the Equine Veterinary Journal’s (EVJ) special American Association of Equine Practitioners supplement, has found evidence that maggots play an important part in modern vetinary care for a variety of horse wounds. The study assessed the efficacy of maggot debridement therapy in a diversity of equine lesions and found that the method was beneficial in 93% of cases.

Maggots have been used for the treatment of wounds for hundreds of years. Freshly emerged, germ-free larvae of the common green bottle fly are usually used for the purpose. Their wound-healing action is attributed to a debridement effect, an antiseptic effect, a direct effect on cytokine and cell proliferation involved in wound healing and breakdown of biofilm formation. Maggots also destroy and digest bacteria and may also be beneficial in the fight against multi-drug-resistant bacteria such as MRSA.

The study involved the retrospective analysis of 41 horses with various lesions including foot injury, limb laceration, soft tissue abscesses and musculoskeletal infection. Depending on the type, size and location of the wound the maggots were applied either in direct or indirect contact. In some cases a second maggot application was necessary to reach the desired level of healing. Debridement, disinfection and healing occurred in all but three cases, in less than a week. Of the three that did not respond two were complicated by the presence of tumours and one by pre-existing damage to the underlying bone.

Olivier Lepage of the University of Lyon, who led the study, concluded: “These results show that maggot debridement therapy potentially has an integral place in modern veterinary wound care. It can be used to treat many types of lesions, although not those involving tumours or bone sequestration. Associated high costs present a limiting factor but maggot debridement therapy should certainly be considered for lesions that fail to respond to conventional methods.”

Professor Celia Marr, Editor of the EVJ, said “Horses often suffer from non-healing wounds, particularly in the limbs where the skin is under continuous movement and there is very little subcutaneous tissue. Although at first glance this study might seem counter-intuitive and we might think of maggots as being the last thing one would want on a clean wound, it shows that maggots can be an effective way to clear damaged tissue and this is an important adjunctive approach in equine wound management.”