There will almost certainly be a time when your horse needs to be sedated and, in some cases, he may even need a general anaesthetic. But how do they work and what are the risks? Katie Brickman from Minster Vets explains 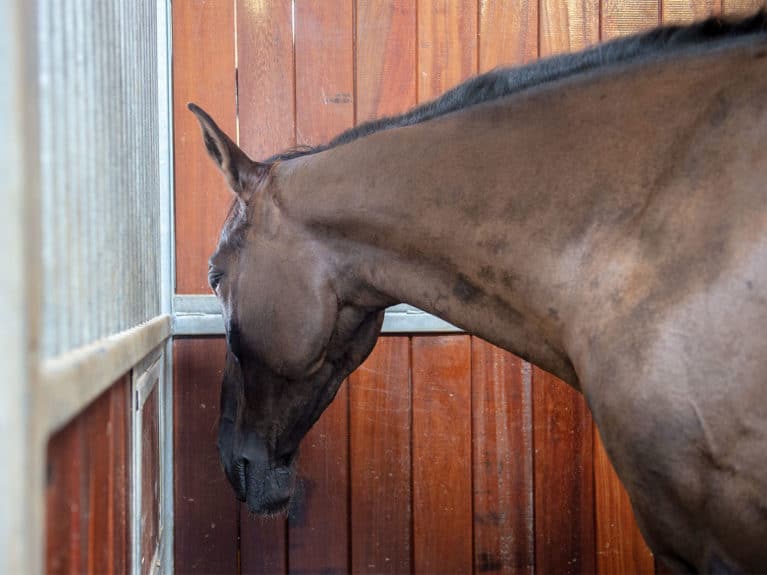 Being in a situation that makes you feel stressed or frightened, isn’t much fun for anybody – equine or human. If your horse becomes scared and reacts strongly, it can also be dangerous. If only you could help him understand that these things are nothing to be worried about.

Sometimes, a careful training programme can help your horse overcome a fear of routine procedures – for example, clipping, shoeing or injections – but if his reaction is extreme, or he needs complicated veterinary treatment that may cause him distress or pain, sedation is often the most sensible answer so it can be carried out safely. Of course, much like human medicine, there are occasions when sedation is simply not enough and a general anaesthetic is required.

There are three main types of sedation used in horses…

Combining the alpha 2 agonist with an opiod provides your horse with deep sedation and effective pain control. This means that vets are able to safely perform minor painful procedures such as suturing wounds.

Alpha 2 agonists work within five minutes when injected into the vein, although adrenalin can allow your horse to override the drug so, where possible, it’s important that he’s in a quiet and calm environment when it’s administered. The dose needed varies depending on the individual and, although size is used as a guide, sometimes the smallest horse needs the biggest dose!

One side effect of alpha 2 agonists is slowing down the movement of your horse’s gut, so feed him gradually once he’s recovered to reduce the risk of colic. The drug also reduces muscle movement within the oesophagus, leading to an increased risk of choke, so it’s important to not feed your horse until he’s fully come round from the sedation. He’ll also sweat, especially around his ears and loins, and urinate more frequently in the 12 hours following sedation.

Acepromazine (ACP) This type of sedative is available in an injectable form, which vets can inject into the vein or muscle, and in an oral form, either as a paste or as tablets. ACP is from a family of drugs called phenothiazines. It can take up to 30 minutes to take effect, regardless of the route of administration, so it’s very important that if your vet prescribes it, you allow the recommended amount of time before you attempt to perform the task your horse needs sedating for.

ACP is classed as a calming drug. This means it’ll take the edge off, but if your horse is very agitated it may not be strong enough. It’s also important to understand that increasing the dose of ACP won’t increase your horse’s level of sedation, it’ll just prolong the duration of the drug’s effect and increase the side effects. Although ACP is sometimes not enough when it’s used on its own, it can be useful when combined with other sedatives because it reduces the dose needed and, therefore, the risk of side effects.

This drug causes relaxation of the penis, so it shouldn’t be given to stallions due to the risk of permanent penile protrusion. Also, the cardiovascular effects of ACP last for up to six hours, so your horse shouldn’t be worked hard after he’s been given it.

Detomidine gel This form of sedation can be given by owners, but it’s only effective if it’s absorbed under your horse’s tongue, so it’s important that it’s administered correctly. Once the dose has been delivered, it’ll take around 20 minutes to kick in and, ideally, your horse should be kept as quiet and calm as possible during this time.

This product has a stronger sedative effect than oral ACP, but it doesn’t provide the same depth of sedation as a drug that’s been injected into your horse’s vein by your vet. So if your horse is particularly frightened of a certain procedure, the gel may not offer a deep enough level of sedation.

Which type of sedation your vet prescribes will depend on what it’s needed for – for example, clipping, dentistry or wound repair – and how frightened your horse is likely to be. Your input in this decision is important – it may be that your horse has had the procedure before, so you can tell your vet how he reacted to it. The choice of sedation may also depend on whether your vet needs to perform an assessment after a veterinary procedure. For example, if they’re performing a joint or nerve block, they’ll need to see your horse trot up again after the injection, so a milder, shorter acting sedative would be preferred. The effects of sedation

With milder forms of sedative, such as ACP and detomidine gel, your horse will be quieter and more relaxed, with a lower head carriage. If he’s under stronger sedation that’s been injected into his vein by your vet, his head will drop almost to the ground and he may appear wobbly, but under normal circumstances he’s unlikely to fall over. The ideal level of sedation is reached when your horse is unreactive to what’s happening to him. However, it’s important to remember that although he appears unreactive, it’s still possible for him to kick out, so take care at all times while you’re working around him.

Out for the count

Sometimes, particularly for major or more complicated procedures, a general anaesthetic (GA) is essential. However, GA in horses can be tricky – due to their size and fight or flight nature, keeping them controlled and safe can be a challenge.

Your horse will be starved for at least 12 hours. He’ll also have a blood test to check his hydration levels and for any signs of infection, and be examined carefully for any abnormalities such as a heart murmur or irregular heartbeat. Then, he’ll have a catheter placed into the vein in his neck, his shoes will be taken off and his mouth will be washed out with warm water to prevent any food material being passed into his lungs when he’s anaesthetised.

Before he’s put under general anaesthetic, your horse will be given a premedication – a combination of ACP and an alpha 2 agonist – to ensure he’s sedated and relaxed. Then a combination of ketamine and diazepam will be injected to induce anaesthesia. Ketamine is an anaesthetic agent that produces a trance-like loss of consciousness while maintaining skeletal muscle tone and nerve reflexes. This means that your horse will have rigid muscles and intact cranial reflexes so, for example, when his eye is touched gently he’ll blink. Combining ketamine with diazepam provides muscle relaxation, which makes it much easier to move your horse from knock-down – a room with padded walls and a rubber floor – into theatre.

Your horse will go down between 60 and 90 seconds after injection, and he’ll be guided so he falls gently and in a suitable place. Once he’s down, an endotracheal tube will be placed into his throat so he can be given anaesthetic gasses in theatre and hobbles will be placed on all four of his limbs so he can be lifted onto the operating table by a winch. During this time, the anaesthetist will keep a close eye on your horse’s reflexes because often the stimulation of moving him will cause him to come out of the anaesthesia, so he may need a top-up of ketamine. Once he’s on the table, he’ll be transferred onto the inhalation anaesthesia, which is usually isoflurane gas mixed with oxygen.

Once the procedure has been completed, your horse will be transferred via a winch into the recovery room – a padded area with a rubber floor, much like the knock-down room. The recovery period is when your horse is most at risk. Due to his flight or fight nature, waking up while lying down in a strange environment can be alarming for him. Unfortunately, this can cause him to leap up suddenly while he’s still under the influence of the inhalation gas and wobbly, with potential for a catastrophic accident.

To help reduce the chance of your horse having a violent reaction in recovery, he’ll be given a top up of alpha 2 sedation to try to keep him laying down for long enough for the inhalation anaesthetic to wear off. Once he’s standing, he’ll be moved back into his stable, then feed will gradually be introduced over 24 hours. He’ll usually be discharged two days later, as long as there aren’t any complications.

The mortality rate for horses having a general anaesthetic is 1 in 100, which is significantly higher than that of humans or dogs. Looking to the future

Over the past few years, equine anaesthesia has improved significantly with the development of new drugs that have fewer side effects. The biggest change has been the switch from using halothane as the inhalation gas to isoflurane or, more recently, sevoflurane. Halothane reduces your horse’s lung function, therefore decreasing the oxygen in his blood and tissues. It also has the potential to cause abnormal heart rhythm, inflammation of the liver and kidney damage. However, the change to isoflurane means that these side effects are significantly reduced.

As well as improved anaesthetic drugs, many procedures that used to be carried out under GA can now be performed under sedation – for example, enucleation (eye removal), sinus surgery, tooth removal and back surgery. And, more recently, even fracture repair of certain bones has been successfully performed under sedation. This is probably the most important improvement because reducing the need for GA significantly reduces the risk of many veterinary procedures.